Getting it Right: Peter Wright on his production of Giselle 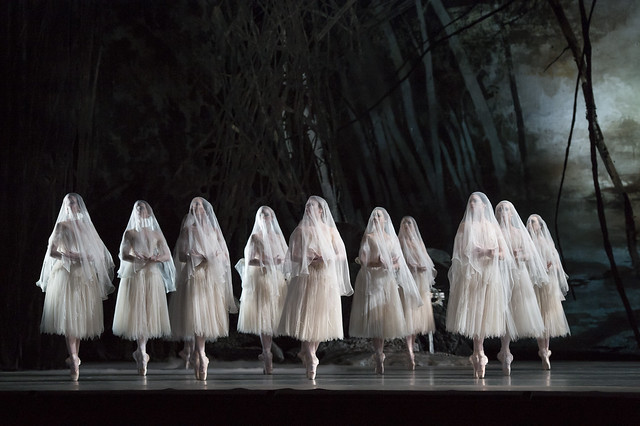 Peter Wright’s production of Giselle is a jewel in The Royal Ballet’s repertory. Wright’s extensive research into the performance history of this quintessential Romantic ballet led to an interpretation that not only redresses the importance of mime but also re-evaluates the motivations of the main characters. He spoke about the production to Mark Monahan, dance critic of the Daily Telegraph.

Would it be fair to say that Giselle occupies a special place in your heart?

Yes. It was the first full-length existing classic I ever produced and I have done it so many times – 15 in fact, worldwide!

And your very first one was back in 1966, for Stuttgart Ballet, then under its founder, John Cranko?

When I first saw Giselle way back in the early 1940s I used to think: ‘That’s silly. That doesn’t make sense.’ The ballet always seemed rather inconsistent to me and sometimes downright stupid. It was only when I saw the great Russian ballerina Galina Ulanova’s interpretation of the title role when the Bolshoi first came to London in 1956 that I realized what an extraordinary work it could be. So I did it. Cranko gave me six weeks to research the ballet, and the more I discovered, the more excited I became.

Was that Bolshoi production very different from what you’d seen before?

One thing I should say about Giselle, choreographically, is that most of Act II is complete – it’s been handed down extraordinarily intact across the ages. At the time of the Bolshoi’s first visit, there had been no communication between Russia and Great Britain in the dance world at all, but the basic shape of their choreography was remarkably similar to ours – the only difference was characterization.

You’ve said in the past that the great appeal of Giselle for you is its story...

The important thing is to make the story and the characters believable. I am insistent that Giselle actually kills herself as in the original production, which is why she is buried in unhallowed ground, unprotected from the evil Wilis. It states very clearly in one account of the first performance that ‘Carlotta Grisi, as Giselle, takes Albrecht’s sword, plunges it into her heart and dies’.

What other specifics is it vital to address?

It should be quite understandable for Albrecht to want to get away from his artificial and rigid life at the palace. He starts out just looking for a good time but finds Giselle to be rather amusing. Soon, he realizes he has completely fallen in love with her. She, on the other hand, is totally infatuated by him, so that when he is unmasked she loses her reason and, in a state of shock, kills herself.

Hilarion is often portrayed as a baddie whereas, in fact, the story works much better if he is the tough guy of the village who would have been the obvious future husband for Giselle if Albrecht had not appeared on the scene. Poor man, it’s very unfair. He has a good heart, and, to my mind, he genuinely loves Giselle. But it is he who, in the end, suffers at the hand of the Wilis.

To audiences, that contrast between Acts I and II of Giselle is one of the most striking and alluring aspects of the ballet. Is this also true for you as a producer?

Absolutely. The first act is about flesh and blood, peasants, aristocrats and social class. Then in the second act there’s a complete change to the world of the supernatural, where love finally transcends death. It is all based on classical ballet but danced in completely different styles – a great challenge that can be supremely rewarding for both the dancers and the audience.

This is an edited extract for Mark Monahan’s interview ‘The Romance of a Lifetime’, available to read in full in The Royal Ballet’s programme book for Giselle.

Giselle runs 19 January–9 March 2018. Tickets are sold out, but returns may become available and there are 44 day tickets for each performance.