Get them while they’re young: Opera for toddlers

Dot, Squiggle and Rest is the latest in a growing trend of musical productions designed specifically to appeal to the very young. 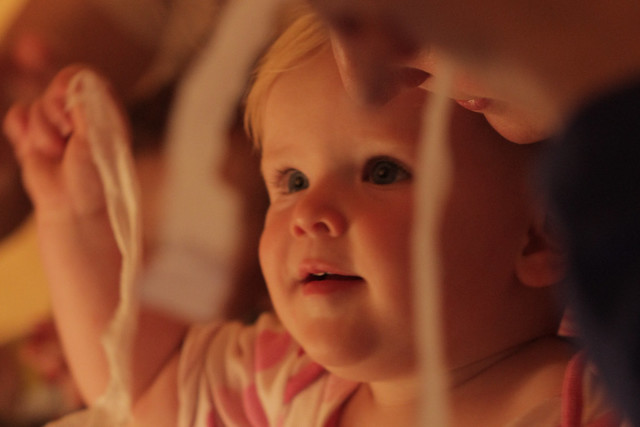 Opera for toddlers: what a ridiculous idea. And yet the challenge of making musical entertainment that engages very young children is one that more and more companies are taking on. They do so against a growing backdrop of research that indicates early exposure to music has the potential to benefit a child’s health and learning development, as well as their happiness.

Professor Susan Hallam of the Institute of Education at UCL is a leading researcher on the effect music can have on how children learn. ‘It sharpens the brain’s early encoding of sound, enhancing listening, aural processing skills and aural memory. These contribute to the development of phonological awareness, which is important in supporting literacy.’ Benefits can be seen in a surprisingly wide range of subjects: ‘Some musical activities, particularly those that involve rhythm, enhance spatial reasoning, the ability to manipulate shapes; this can impact on some mathematical skills.’ The potential benefits are not just to learning, she says. ‘Music can assist in reducing stress and anxiety, and when made in groups provides a sense of belonging and promotes team work. It’s also great fun!’

Scottish Opera has led the way in making opera for young children and launched their groundbreaking show BabyO in 2009. Jane Davidson, the company’s Director of Education and Outreach, explains: ‘In the first few months of life, brain cells are making connections with each other and the more these connections are used, the stronger they become. We wanted to explore how some of these connections can be enhanced within a story framework full of familiar things that babies would recognize: baby clothes, plastic ducks and wellies, among others!’

Jane picks out a particularly nice moment from BabyO: ‘A descending chord sung by three voices is accompanied by a feather falling slowly to the ground: the babies’ joyful laughter time after time convinced us that they were connecting these two experiences visually (the falling feather) and aurally (the descending note) – and some of these babies are only six months old.’

Jo Belloli, Associate Producer for Early Years for the children’s theatre company Polka Theatre, talks about the unique challenge of keeping toddlers entertained. ‘Yes – they can get restless, and disengage. As we do. But we tend to hide it. They won’t. So the challenge is to have a purity and clarity of focus, and a respectful, sincere and genuine wish to engage and communicate. They are so inquisitive, and open – and more used than we are, as adults, to receiving and accommodating new experiences for the very first time. So they are a brilliant audience. And although we often hear talk about paving the way for the audience of the future, we believe they are a worthy audience now, as babies and toddlers.’

Dot, Squiggle and Rest, a new co-production between The Royal Opera and Polka Theatre, follows on from Three Colours, a co-production between Polka and Norwich Puppet Theatre. Jo explains that Three Colours ‘explored sensory responses to colour using animation, puppetry, dance and a music soundtrack’. At Polka Theatre they leapt at the opportunity to re-create that landscape ‘within a world of music’, in collaboration with composer Elspeth Brooke and co-devised and directed by Three Colours director Joy Haynes. Elspeth explains how she and the creative team ‘explored melody and rhythm in relation to language and movement before the narrative became fixed. I've enjoyed experimenting with language and developing vocal sounds that I hope the children will find fun.’

Dot, Squiggle and Rest is just one of many new operas being developed for children, in what is a rapidly growing genre. Scottish Opera has brought out SensoryO for toddlers and KidO for 3–4-year-olds, while Spitalfields Music continues to take opera for toddlers into communities with its acclaimed ‘Musical Rumpus’ series. As Jo concludes, ‘It’s not always easy to get it right. It can be a challenge. It’s one we believe is seriously worth taking, with all sorts of benefits not only for the audience but also for the artists and creative teams working for this very particular age-group.’

The production is sponsored by PRS for Music Foundation with generous philanthropic support from
the Paul Hamlyn Education Fund.