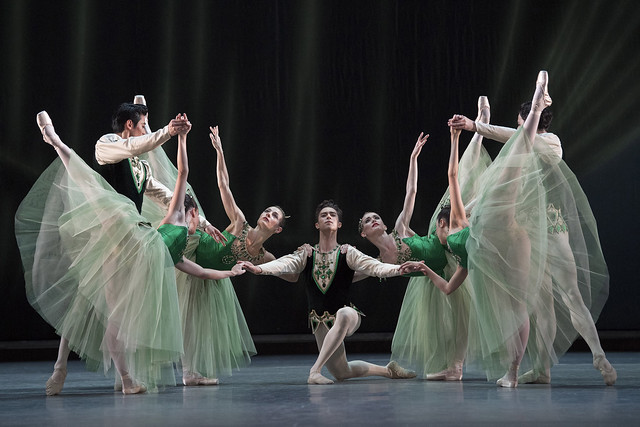 George Balanchine's celebration of ballet, Jewels, will be broadcast live to cinemas from the Royal Opera House on 11 April 2017 at 7.15pm BST.

The sparkling trio of ballets was inspired by the choreographer's trip to Van Cleef & Arpels, the famous jewellers in New York, and was first performed 50 years ago at New York City Ballet.

The cinema relay will be presented by 'Strictly Come Dancing' winner Ore Oduba and Soloist of The Royal Ballet Kristen McNally.

Jewels made history as the first three-act non-narrative ballet, focusing not on a story, but on the three contrasting dance styles. Each of the independent movements draws on a different period of ballet's history, as well as the characteristics of the three different pieces of music. 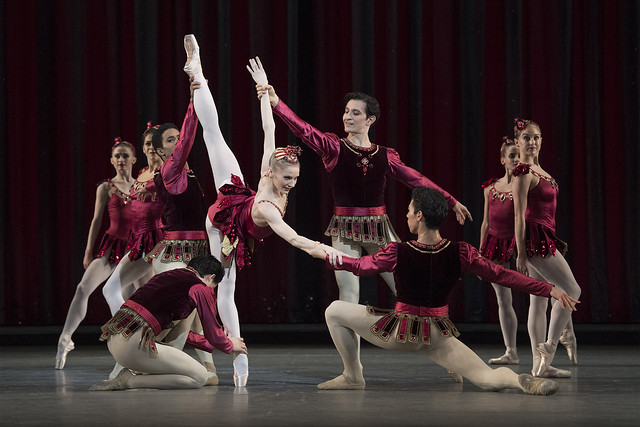 Each of Balanchine's three acts uses music from a different composer. 'Emeralds' draws on the world of French Romantic music, using works by Gabriel Fauré to evoke a mood of elegance and beauty. The second ballet, 'Rubies', draws on Balanchine's own experience in the mid-20th century, with the orchestra playing the jagged Capriccio for Piano and Orchestra by Igor Stravinsky acting as the soundtrack for the dancers' crisp, witty movements. 'Diamonds', the final act, uses music from Pyotr Il’yich Tchaikovsky's Third Symphony and references the early 20th century Russian ballet of Balanchine's younger years, capturing the grandeur of Imperial Russia.

Balanchine himself commented that the ballet had 'nothing to do with jewels', with the Jewels of the title referring only to the dancers' costumes. As a result, expect opulence and sparkle, using costume designs from the original NYCB production and new set designs by Jean-Marc Puissant. 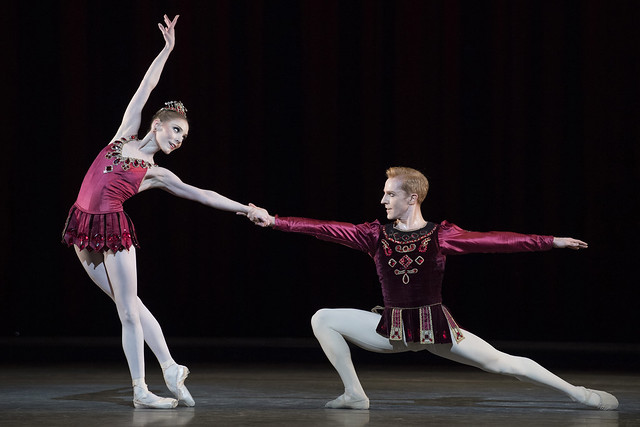 After the relay, we will publish a roundup of audience tweets, so share your thoughts with the hashtag #ROHjewels.