Behind-the-scenes with The Royal Ballet in rehearsal for a highly anticipated new work. 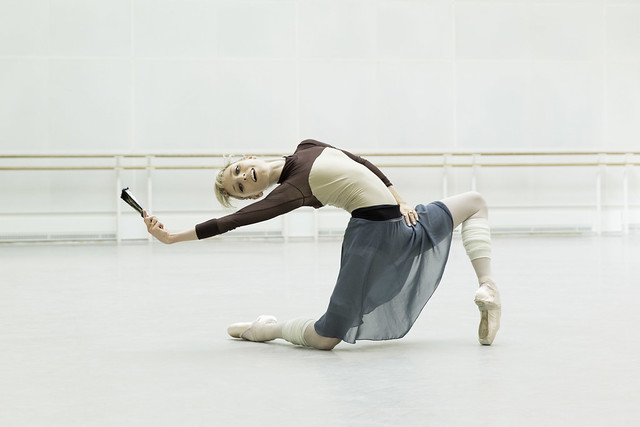 The Royal Ballet 2013/14 Season opens on Monday 30 September with a gala performance of Don Quixote, a new production by Carlos Acosta.

‘Every opening of the Season is a very special moment for the Company,’ says Thiago Soares, who will dance the role of Basilio alongside Fumi Kaneko as Kitri. ‘And it is exciting to have a new show with our biggest stars performing.’

A stellar cast of Royal Ballet dancers will perform in the lead roles of Basilio and Kitri, including Federico Bonelli and Sarah Lamb; Steven McRae, Iana Salenko and Akane Takada; and Alexander Campbell and Roberta Marquez.

‘I think the hardest part about opening a Season with a new ballet is how much more preparation is needed,’ says Sarah Lamb. ‘Many of us have danced Don Quixote in various productions, but Carlos is making this his own version - it's very different and it takes us longer to work on it and remember everything. Now that we are about to get it onstage, it's all those details that are most important.’

Described by Carlos as ‘fun, colourful and a tremendous spectacle’, the production promises to be full of Spanish flair and bravura. Watch an interview with Carlos about the production.

‘I really like the fact that is a traditional classical production but also reflects today,’ continues Thiago. ‘The mimes and gestures relate to us, and this freedom of character is a fantastic vehicle for the artists performing.’

‘The challenge of Don Quixote is the technical demand and the level of energy required, but this flavour and freedom is why the audience will love it!’

A selection of the photos above were taken by Royal Ballet First Artist Andrej Uspenski, who recently published a book entitled Dancers: Behind the scenes with The Royal Ballet. The book, which offers an intimate portrait of life in The Royal Ballet, is available in the Royal Opera House Shop.

Don Quixote runs from 30 September to 6 November and will be screened live in cinemas on 16 October. Tickets are still available for performances on the Main Stage. The production receives generous philanthropic support from Mrs Susan A Olde OBE, Lindsay and Sarah Tomlinson and the Royal Opera House Endowment Fund.