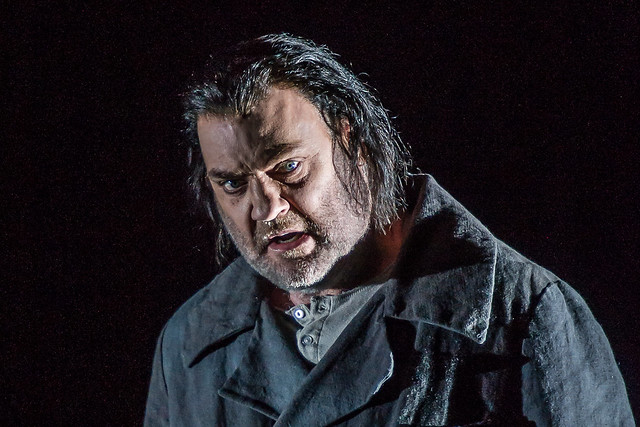 In 1838 Richard and Minna Wagner made a storm-tossed North Sea-crossing in the tiny ship Thetis, taking 21 days to reach London on a trip that should have taken a week. One would like to think that Wagner had heard the crew of the Thetis confirm the story of the Flying Dutchman, as he recounted to his wife Cosima many years later. But nothing in Wagner’s life is that simple. Wagner and Minna were seasick all through the storm. Any extended narratives would have had to wait for calm weather.

So did Wagner get the story from a book? From Heinrich Heine’s short story? Or some contemporary journalism on mariners’ tales: Wilhelm Hauff perhaps, or Heinrich Schmidt? Wagner’s literate interest in German folk culture is well documented but to limit Der fliegende Holländer to written sources is to fillet it both of its grisly charm and its strong tang of folk realism.

The Flying Dutchman legend is thought to have originated in the 17th century. According to the tale, a Dutch captain, Vanderdecken, vainly tried to round the Cape of Good Hope against a head gale. He laughed at the fears of his crew and swore that, though he might sail till Doomsday, he would weather the Cape. God heard his oath, and condemned him to do just that. He rounded the Cape but was cursed with eternal mortal life and doomed to sail the seas until the Day of Judgement. He is still to be encountered and carries bad weather and bad luck wherever he goes.

This macabre story got into popular print in the early 19th century, at the same time that other archetypal Romantic heroes (Cain, Don Giovanni and Dr Faustus) were acquiring literary respectability. Heine sends up the story in his novella, and adds a redemption motif that comes straight from folklore: Heine’s Dutchman can be redeemed from his curse by the love of a faithful woman. 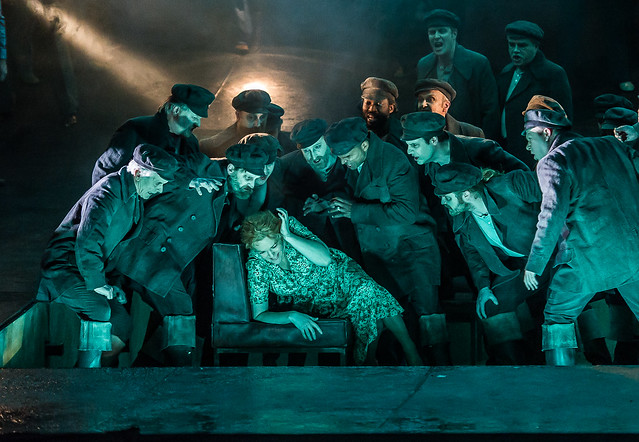 Wagner had a nose for the uncanny, and he reproduces many bizarre features of the Dutchman legend that he never read in Heine: the strange weather, the ghostly crew, their letters and their uncanny mirth. But he saw further and discerned a mythic undertow to the story: ‘The Flying Dutchman is a mythical poem of the folk’, he wrote, ‘a primeval trait of man’s essential nature expressed here with overwhelming power… the longing for peace from life’s storms.’

Well, ghost ships and dead letters are very ancient indeed, but Vanderdecken is rather young for a myth. However, Wagner was sensitive to the ambience of a story, and he was right. The Dutch captain carries more years than his 17th-century dress would have you believe. He is related to that much older, landlocked hero, the Wandering Jew.

According to legend, the Jew, variously called Joseph or Ahasuerus, is supposed to have taunted Jesus as he carried his cross. Jesus looked at the man and said, ‘I will find rest soon enough, but you will wander until I come for you’. This is understood to be Doomsday, and the Jew is impelled to walk the earth till then. He turns up in many folktales, grave, holy, reproving levity and moving on.

Wagner actually calls the Dutchman the ‘Ahasuerus of the sea’ in his autobiography, and seems to have known more about him than he let on. Ahasuerus is often mixed up with the Wild Hunt, the band of ghostly huntsmen who career round Europe on stormy nights, and in Der fliegende Holländer the wild weather is pierced by the haunting cry of horns. But the attraction of the Wandering Jew for Wagner was not to be found in these picturesque extras: it was his situation that fascinated him, a loner, cut off from love and ordinary life, alienated and suffering.

This is an extract from Saran Lenton’s article ‘Sighting the Flying Dutchman’ in The Royal Opera’s programme book, available during performances and from the ROH Shop.