Friday Rush: the new way to get last-minute tickets for performances at the Royal Opera House

Please note: There will be no Friday Rush on Good Friday. Tickets will go on sale at 1pm on Thursday 13 April instead. 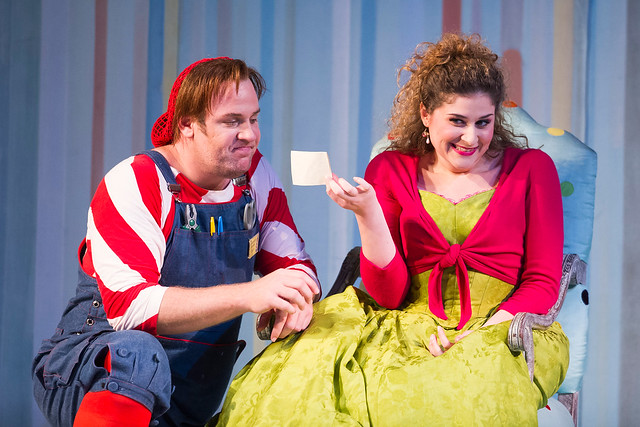 It’s often said that Britain’s national pastime is queueing. We spend almost six months of our lives waiting in line. That’s an average of 67 hours per year spent in foot-numbing limbo waiting at the supermarket checkout, bus stop and – until recently for Royal Opera House customers – the Covent Garden Day Tickets queue.

With the aim of giving our audience some of their valuable time back, we recently launched Friday Rush, a new way for our audience to book tickets to sought-after shows (even those previously sold-out) at short notice. As Friday Rush tickets are drawn from the lower price bands, the new scheme also offers a great way to buy lower-priced tickets.

Firstly, our new scheme allows customers to book two tickets per person instead of the one offered previously.

Secondly, you’re able to book short-notice tickets at your convenience wherever you are, rather than getting up early to stand outside the theatre at the whim of the weather.

Thirdly, Friday Rush allows those for whom getting to Covent Garden on the morning of a performance isn’t an option the chance to book.

Opening each Friday at 1pm, the scheme offers the chance to buy up to two tickets from an allocation of 49 for each of the following week’s Royal Ballet and Royal Opera performances at Covent Garden. Full booking information for these performances, as well as a countdown until the next release, is available from our dedicated Friday Rush page.

Of course, some audience members will still want to buy short-notice tickets in person or over the telephone. And while for convenience, speed and to avoid disappointment we’d always advise booking Friday Rush tickets online, our Ticket Sales desk by the café in the Ground Floor Foyer will be open to facilitate purchasing of tickets through our new scheme in person as well as via telephone.

We understand that some members of our audience have been buying Day Tickets for years and that this is a major change for them, but over the years we have seen a decline in the uptake of Day Tickets for all but the most sought-after performances. Our Friday Rush is an attempt to make sure that these attractively priced last-minute tickets are as widely accessible as possible. Our first week of the changed system resulted in all of the released tickets being purchased, which would not have been the case if we were selling them as Day Tickets.

We’d very much value your feedback on our introduction of Friday Rush, so do let us know your thoughts via the comments below. We will be online to answer any questions during the Friday Rush, so do get in touch on Twitter or via our Contact us form if you need any help.