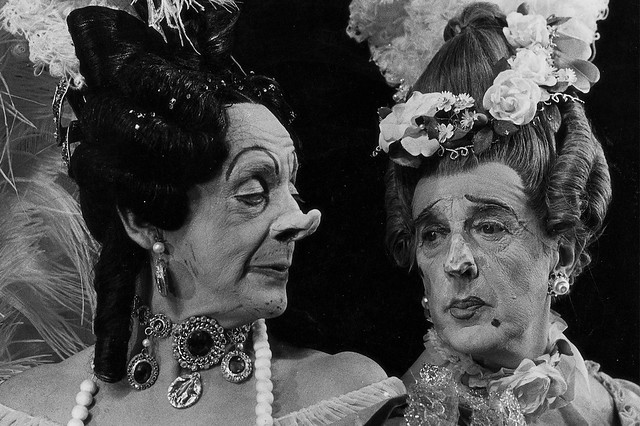 ‘Arabesque, fondu, coupé, petit developpé, pas de bourée, pas de chat’. This sequence is the Fred Step – one of the most famous motifs in ballet. It takes its nickname from The Royal Ballet’s Founder Choreographer, Frederick Ashton, who included this enchaînement in almost all his ballets.

Though it is known as his choreographic signature, Ashton himself often referred to the sequence as the ‘Pavlova’, acknowledging the prima ballerina from whom he borrowed it. Ashton had first seen Anna Pavlova perform in Peru – the land of his birth – when he was just 13, and later described how her performance inspired him: ‘She injected me with her poison and from the end of that evening I wanted to dance’. The Fred Step was originally part of a gavotte that Pavlova performed to ‘The Glow Worm’, part of an operetta by Paul Lincke. After Pavlova's death in 1931, Ashton – who thought of her ‘when I’m working all the time’ – came to regard it as his talisman.

The Fred Step is clearly recognizable in several of Ashton’s most famous ballets. In A Month in the Country, it is danced by Natalia Petrovna and her admirer Rakitin. As he leads her offstage (from 3:36 in the following clip), the enchaînement perfectly illustrates the to and fro of their chattering.

The Fred Step is also clearly presented in Cinderella, given by the Dancing Master as he prepares the Ugly Sisters for the ball, and in Enigma Variations, danced several times by Isabel and Arnold during their pas de deux.

But more often than not it is difficult to spot the Fred Step. This is because Ashton often ‘hid’ the sequence – giving it to small groups of soloists or to the corps de ballet rather than the principal dancers, burying it amid other action and even adapting its steps for different contexts.

Below (and available at a larger size through the Flickr link) is the Benesh notation for the ‘classic’ Fred Step from A Month in the Country, followed by sequences from the ballerina’s first solo in Scènes de ballet and a group section in Symphonic Variations. These detailed records of movement make it possible to recognize that the Scènes and Symphonic sequences derive from the Fred Step. Both begin with the distinctive arabesque, fondu, developpé and change of direction before diverging from the ‘pure’ Fred Step – the Scènes version ends with an entrelacé, while the Symphonic concludes with three entirely different steps performed concurrently by the dancers. 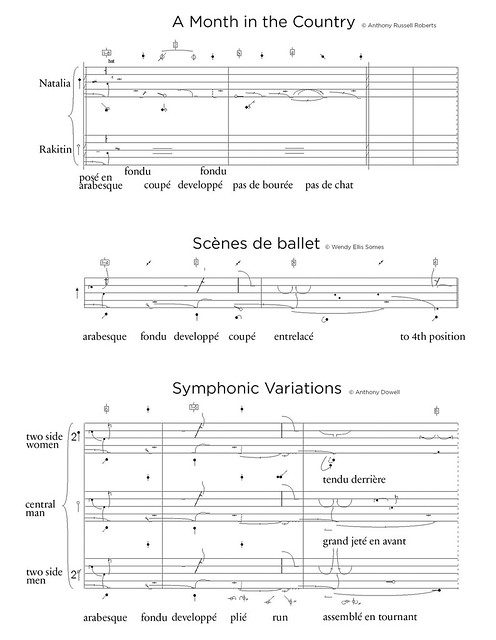 Benesh Notation of the Fred Step in A Month in the Country, Scènes de ballet and Symphonic Variations

It's very easy to overlook the Symphonic version of the Fred Step – the simultaneous and slightly different versions of the Step, along with the completely still solo ballerina downstage, all conspire to distract the eye. But on closer inspection, this is clearly an exquisitely complex and very much deliberate quotation of Ashton’s lucky charm in the ballet often regarded as his masterpiece (visible from 5:54 in the following clip).

These are just a handful of the great Ashton works that include the Fred Step. Which ones have you spotted?