Wall became the youngest Principal in the history of the Company. 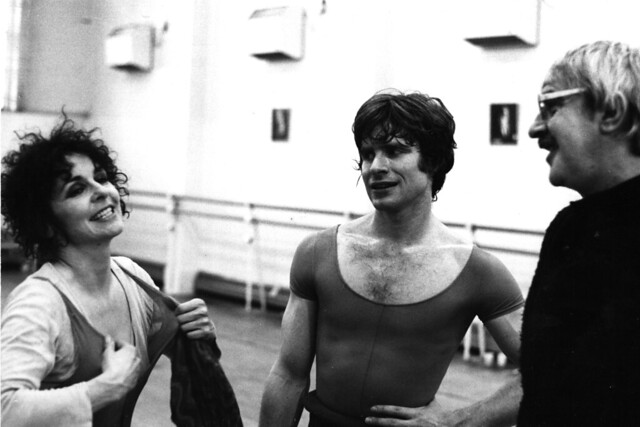 Lynn Seymour and David Wall in rehearsals with Kenneth MacMillan for Mayerling. © Roy Round 1978

Wall became the youngest male Principal in the history of the Company aged 21 and was a frequent partner to Margot Fonteyn. He retired in 1984 and joined the Royal Academy of Dance as Director and General Secretary before becoming a Ballet Master at English National Ballet in 1995.

Everyone associated with The Royal Ballet, past and present, is deeply saddened by the death of David Wall. He was a truly exceptional artist and star of The Royal Ballet and one of its greatest dance actors. A fine classical dancer and a consummate partner, he possessed a dramatic intensity that allowed him to dance and create a huge variety of roles, all with equal success. It was these gifts that led Kenneth MacMillan to create the role of the manipulative and calculating Lescaut for him in Manon in 1974 and then, in 1978, the ground breaking role of Crown Prince Rudolf in Mayerling which is, to this day, the most challenging male role in The Royal Ballet's repertoire. It was an unforgettable experience for all us who saw him perform it.

David was a wonderful role model for all young male dancers of the generation that followed him and on his retirement from the stage he became an inspirational teacher and coach, committed to passing on his knowledge and experience, especially in so many of the roles he had made his own.

He will be sorely missed and our thoughts are with his wife Alfreda, former Principal Dancer with The Royal Ballet, and his family.”

A statue of David Wall by Enzo Plazzotta stands at Millbank on the north bank of the Thames.

Kenneth MacMillan created the role of Prince Rudolf on Wall and it remains one of the most demanding male roles in ballet. View our gallery of David Wall in rehearsal for the 1978 premiere of Mayerling:

Lynn Seymour and David Wall in rehearsals with Kenneth MacMillan for Mayerling. © Roy Round 1978

What are your memories of seeing David Wall perform? Do let us know via the comments section below.

This article has been categorised Ballet and tagged David Wall, obituary, tribute