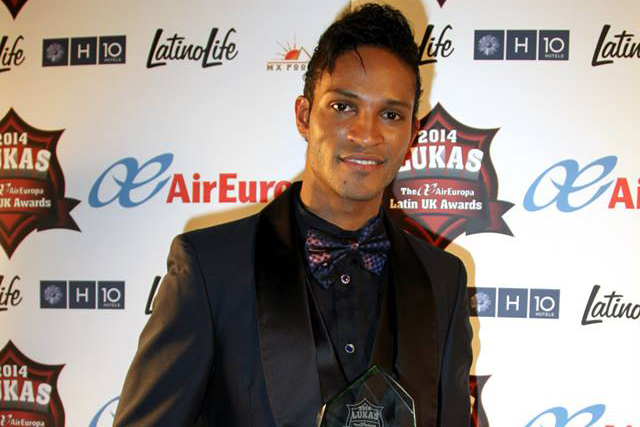 Royal Ballet First Artist Fernando Montaño has won the Latin Personality of the Year Award at the 2014 LUKAS Awards.

Fernando, who won in the same category last year, was presented with the award during a gala ceremony at London’s KOKO.

The LUKAS awards, which are now in their third year, celebrate the culture of Latin American, Spanish and Portuguese communities in the UK. They are decided in part by a public vote. This year, around 1,200 people were nominated for a total of 65 awards; Fernando was nominated alongside fellow Royal Ballet Dancers Thiago Soares and Marianela Nuñez.

Other winners include Uruguayan footballer Luis Suarez, who won Sports Personality of the Year, and human rights campaigner Bianca Jagger, who won the Lifetime Achievement Award.

This article has been categorised Awards and tagged Fernando Montaño, LUKAS, LUKAS Awards, Personality of the Year