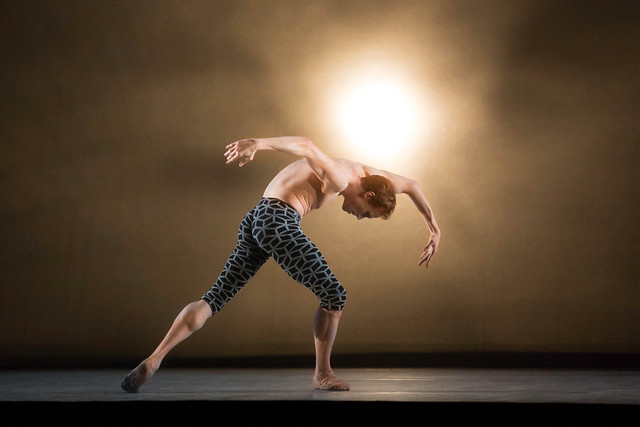 Royal Ballet Principal Edward Watson has been awarded an MBE.

‘I am absolutely delighted that Edward has been recognized in the Queen's Birthday Honours for services to dance’, says Royal Ballet Director Kevin O’Hare. ‘He has given many memorable performances across The Royal Ballet's repertory both in the UK and on tour with the Company to audiences around the world.’ Edward Watson adds, 'I’m so happy to receive this honour and I’d like to thank The Royal Ballet for enabling me to have this wonderfully rich and exciting career'.

Lauren Cuthbertson as Hermione and Edward Watson as Leontes in The Winter's Tale, The Royal Ballet, © ROH / Johan Persson 2014

Edward Watson as Leontes and Lauren Cuthbertson as Hermione in The Winter's Tale © ROH / Johan Persson, 2014

This Season, Edward has performed in ballets including Wayne McGregor’s Woolf Works, Kenneth MacMillan’s Song of the Earth, George Balanchine’s The Four Temperaments  and Christopher Wheeldon’s Alice’s Adventures in Wonderland. Edward is currently in the USA, where he is performing extracts from a mixed programme of new pieces with former New York City Ballet Principal Wendy Whelan, as part of the Guggenheim's Works and Process series. The world premiere of the full mixed programme, Whelan/Watson: Other Stories, will be given in the Linbury Studio Theatre next month.

‘Edward is an extraordinary talent, and has created remarkable roles for the world's leading choreographers’, continues Kevin. ‘For many years a leading member of the Company, he is thoroughly deserving of this honour.’

Edward started dancing at just three years old, joining The Royal Ballet School aged 11. He graduated to The Royal Ballet in 1994 and became a Principal in 2005. He has won acclaim for his interpretations of roles including Crown Prince Rudolf (Mayerling), Romeo, The Chosen One (The Rite of Spring) and Woyzeck (Different Drummer), and has created numerous roles for The Royal Ballet's Resident Choreographer Wayne McGregor and Artistic Associate Christopher Wheeldon.

In 2012, Edward won an Olivier Award for Outstanding Achievement in Dance for his role as Gregor Samsa in Arthur Pita’s The Metamorphosis, while earlier this year, he was awarded Best Dancer for his role as King Leontes in Christopher Wheeldon’s The Winter’s Tale at the Benois de la Danse awards in Moscow.

Find out what performances Edward Watson has coming up with The Royal Ballet.