Film tells the tale of a group of retired opera singers and stars a host of top British acting talent. 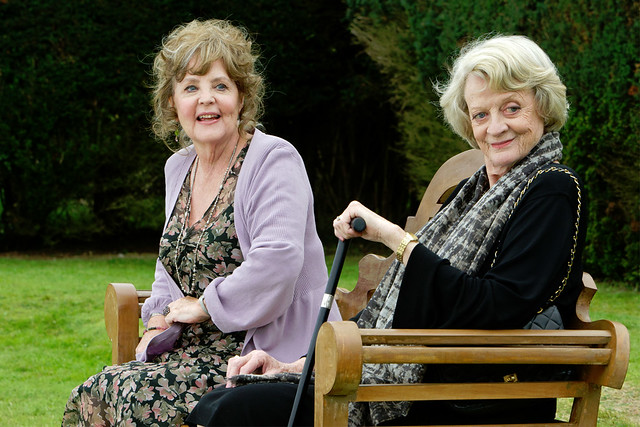 Dustin Hoffman's directorial debut Quartet starring a host of top British acting talent has been released in the UK.

The film, which stars Maggie Smith, Tom Courtenay, Pauline Collins, Michael Gambon and Sheridan Smith, is based upon the 1999 play of the same name by Roland Harwood.

It follows the story of retired opera singers who annually put on a concert to celebrate Giuseppe Verdi's birthday. The group aim to perform the famous 'Bella figlia dell'amore' quartet from Rigoletto.

According to Billy Connolly who plays Wilf, the film is about staying young. He told BBC News: "I like asking people what age they think they are - some of them are 28, and 34, and some are 40. Stay there! That's when you were happy and healthy. Stay there and it'll do you good. It'll feed you and keep you alive."

"Dying is easy. You just lie down, but staying alive is quite difficult - you have to stay interested and stay in touch with everything."

Director Dustin Hoffman says the film is about people in their "third act" and, alongside his household name leads, cast a group of real-life elderly performers in supporting roles to give the film authenticity: "For these people the phone hadn't rung for 20, 30 or 40 years, even though they can deliver, he said. "These people in their 70s, 80s and 90s came with such verve every day - and that in itself made this an extraordinarily special occasion for all of us."

Education charity Damaris have created a number of resources exploring the social and cultural issues raised by the film.

The principal actors took vocal lessons for their roles, with Connolly commenting on BBC Breakfast that their director was visibly moved when he saw their first performance.

Quartet is in cinemas internationally. Cinema-going opera fans may also be interested in our as-live relay of La bohème to venues around the world on 15 January.