Discover the history of the Olympics at the Royal Opera House

Olympic Journey experience to showcase a range of artefacts, film and audio. 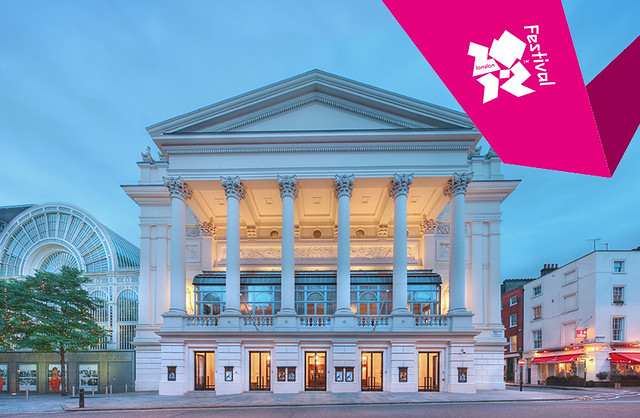 A unique experience charting the development of the Games from their birth in ancient Greece to the iconic achievements of modern athletes today will open at the Royal Opera House on 28 July.

As part of the London 2012 Festival, the Royal Opera House has joined forces with BP and The Olympic Museum in Lausanne to host The Olympic Journey: The Story of The Games. The experience, to which admission is free, will be open daily from 10am to 7pm for the duration of the Olympic Games, from 28 July to 12 August.

Using a mixture of artefacts, animation, film and audio, the experience will tell the history of the games from their birth on the ancient plains of Olympia over 3,000 years ago, through their revival in Paris by Baron Pierre de Coubertin in 1894, to the incredible achievements of modern athletes.

“Exhibits from The Olympic Museum have been displayed in different Olympic host cities before, but this exhibition is particularly exciting: it is much more ambitious and will truly bring the Olympic spirit to London.” - Francis Gabet, Director of The Olympic Museum

Highlights include a display of all the summer Olympic Medals since the first modern Games in 1896, as well as all of the iconic summer Olympic Torches since 1936, the first year they were used. The exhibition will also highlight the human stories behind the athletic triumphs.

“Behind the great spectacle of the Olympic Games lie powerful human stories.  The purpose of the exhibition is to inspire visitors by highlighting some of the remarkable athletes and tales from the rich history of the Games.” - Peter Mather, BP’s Regional Vice President for Europe and Head of Country UK.

The Royal Opera House is staging several highlights of the London 2012 Festival including major operas and new dance. These include David McVicar's epic new production Les Troyens as well as Plácido Domingo's Operalia Winners. Verdi’s Shakespearean opera Falstaff and The Royal Ballet’s new work in collaboration with the National Gallery - Metamorphosis: Titian 2012 - will also be shown on stage as well as on BP Summer Big Screen at over 25 locations around the country.

This article has been categorised Exhibition, Off stage and tagged Cultural Olympiad, London Festival 2012, olympics, The Royal Opera House