Deloitte Ignite 2012: The food of Africa

A rich mix of food cultures is waiting to be discovered, writes Jeanne Horak-Druiff of the Cook Sister! blog. 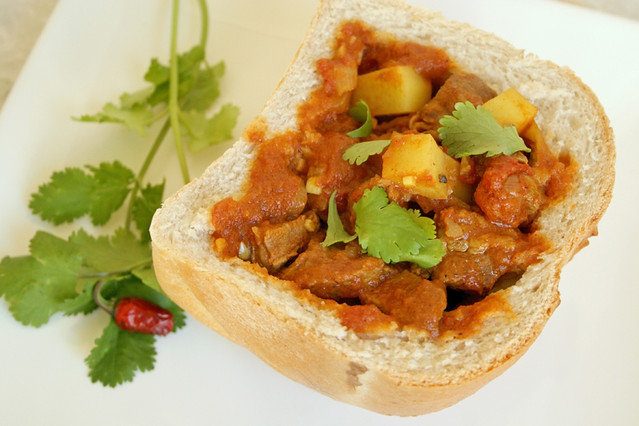 “Africa is not a country” goes the saying and this can be seen in the wide variety of foods that Africans prepare and eat.  As well as being the second largest landmass on the planet - with climatic conditions ranging from deserts to tropical jungles to savannahs - Africa is also home to hundreds of ethnic groups and tribes.  This rich diversity has resulted in regional food cultures that change markedly as you move through the continent, sometimes staying true to the foods eaten there for centuries, and sometimes heavily influenced by the ingredients and cuisines brought by traders and colonists.

The areas of Africa that were not on maritime trade routes or close to other countries have tended to remain the most faithful to their traditional foods and recipes. Central Africa is one area that remained relatively inaccessible to outsiders, retaining a strong local food culture. Raising livestock is difficult in the equatorial jungles of the region and vegetables such as plantain and cassava make up a large part of the diet, together with spinach or greens, tomatoes, onions, peppers and peanut butter.  Chicken is commonly served in stews and wild meat might be served on special occasions, including antelope, crocodile and warthog.  Fufu, a starchy porridge-like paste made from yam or cassava roots, is served at most meals.

Starchy food is definitely a recurring African theme and each region has its own favourite.  The most common include jollof rice (sometimes made with local rice), fufu, couscous, garri (made from dried grated cassava), banku and kenkey (both made with maize meal). These are often served with richly flavoured stews of goat, mutton or beef flavoured with spices like sumbala or local melagueta pepper, and accompanied by native greens. Popular dishes, such as egusi soup, unusually combine meat and seafood in one dish.

But where Africa came into contact with other cultures, it was quick to adapt and adopt their cuisines.  North African cuisine, owing to its proximity to Europe, has been hugely influenced by traders, invaders and immigrants.  The Carthaginians introduced wheat and its by-product, semolina, which the Berbers adapted into couscous. Spices introduced by the Arabs, like saffron, nutmeg, cinnamon, ginger and cloves are common in Moroccan tagines (slow-cooked meat stews, often with added dried or preserved fruits).  Arab traders also left their mark in east African where steamed rice is flavoured with spices such as cinnamon and cloves. Further inland, cattle are a symbol of wealth so the milk and blood, rather than the meat, are consumed and the local starchy dish is ugali, made from maize meal. In the Horn of Africa, stews are ladled onto injera (a slightly spongy flatbread made from teff flour and a sourdough starter) and pieces of injera are torn off to use instead of utensils.

In southern Africa, the hunter-gatherer San people’s tradition of cooking wild hunted meat over an open fire gave rise to braaivleis (barbecuing meat over an open fire), and potjiekos (stews cooked in 3-legged cast iron pots over open fires).  Local tribes including the Zulu and Xhosa raised crops, including maize which is the main ingredient in the regional staple phutu (a stiff maize meal porridge, called sadza in Zimbabwe).

Cape Malay cuisine (created by Indonesian slaves imported by Dutch colonists) is popular around Cape Town characterised by sweetly spiced dishes such as bobotie (a baked curried mince dish with sultanas). Descendants of Indian slaves brought by the British to work on sugar plantations have created a vibrant curry cuisine, including the popular local speciality bunny chow (curry served in a hollowed out bread); while in Mozambique, Portuguese colonists established a culture of seafood and piri piri spice.

But what remains constant through the continent is the pride and willingness with which people invite strangers into their homes and offer them the best portion of whatever is being cooked.

Jeanne Horak-Druiff is a South-African writer who lives in London. She is author of the award-winning Cook Sister! blog. African food will be offer on Saturday 1 and Sunday 2 September at the Royal Opera House's Deloitte Ignite Africa Weekend.  In the Amphitheatre Bar, the menu will offer a taste of traditional African dishes. View the menu.