Debate: Do you prefer going to the theatre on your own or with company?

Is art best enjoyed with others or is there something special about solo theatre trips? 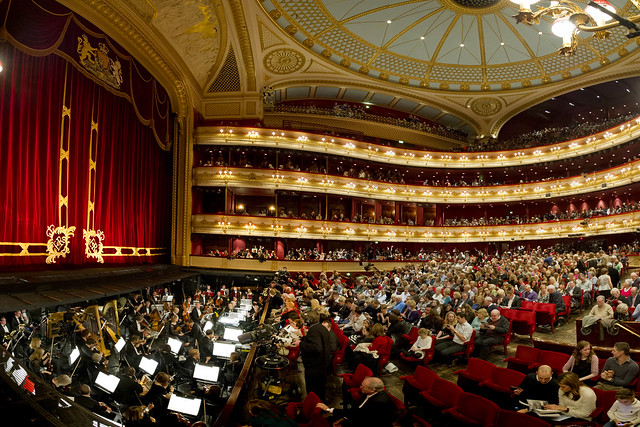 Do you relish a night at the theatre on your own, free from distraction and able to immerse yourself fully in the production on stage? Or do you love the pre-performance build-up and post-performance discussion that comes when attending with friends?

Recently, the US National Endowment of the Arts surveyed 31 million people to explore the influences affecting attendance to the arts. One of the more surprising factors was that 22% were put off attending art events as they have no one to accompany them. For them, going solo may feel exposed, particularly if they’re not a regular gallery or theatre-goer.

Yet the solo theatre-goer does have much more freedom: they don’t have to accommodate the tastes – or diary – of another person, can make the most of last minute ticket offers, and may be more likely to fall into discussion with other audience members. Does the solo theatre-goer, like the solo traveller, get more from the experience from the virtue of experiencing the performance alone?

Ivan Hewitt in the Telegraph argues that art has to be a social event before the habit of private contemplation is possible. Indeed, it takes a certain amount of confidence, or passion, for solo theatre-going, both of which have to start somewhere.

We asked our social media followers what they think:

@RoyalOperaHouse I prefer going solo. Same for museums. Anyway, there’s always someone from #TeamOpera on twitter to discuss about the show!

@TheRoyalOpera @RoyalOperaHouse same reason as small islands and spaceships - when it all goes wrong, who is going to rescue you?

@RoyalOperaHouse Disadvantage of going with others (guest or otherwise) is the pressure to be relentlessly positive about the productions.

@RoyalOperaHouse Cinema quite happy by myself, but prefer theatre in company as it's a great shared experience.

@RoyalOperaHouse I'd rather go with company, but having to go solo would never stop me from seeing an amazing show/ballet.

@RoyalOperaHouse It's freeing to know I can go alone&see something friends might not want to; you're sitting silently looking forward anyway

@RoyalOperaHouse Nothing wrong with going solo! Proves you have dedication, appreciation and admiration for the arts.

@RoyalOperaHouse You must be very sure your guest is keen. Also: easier to immerse yourself (egotistically) if alone. Football too.

@RoyalOperaHouse I went to Glyndebourne on my own last year and was terrified. But it was lovely. You get different things out of going solo

Which do you prefer – going to the theatre on your own or with others?
Is one more conducive to a fulfilling theatre-going experience than the other?

This article has been categorised Off stage and tagged access, debate, discussion, friends, National Endowment of the Arts, solo, theatre