Debate: Are intervals a frustrating distraction from the drama or a valuable break to gather thoughts?

Which works do you think could do with an interval tweak? 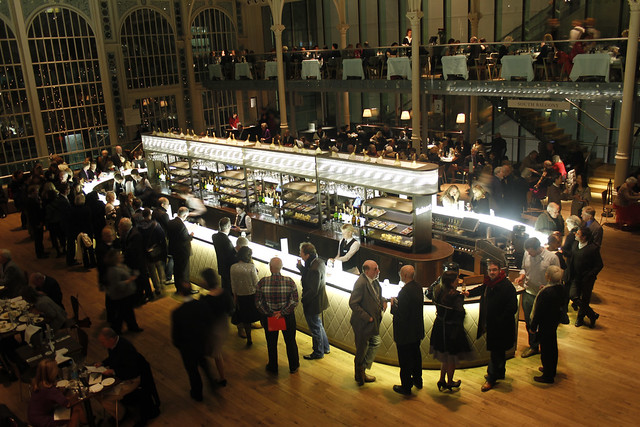 It’s a convention of theatre-going that most productions offer an interval break – a chance for the audience to stretch their legs, grab a drink or snack, or head to the loo. But in opera, a handful of composers have eschewed intervals in favour of unbroken drama. Richard Strauss’s Salome and Elektra, Berg’s Wozzeck, and Bartók’s Duke Bluebeard’s Castle are all masterpieces that benefit from the intensity of an interval-free experience, as we follow the character from rise to terrible fall without remission.

What about Der fliegende Holländer, currently on stage at Covent Garden? Today the opera is commonly performed without break – another crucible for characters and audiences. But that wasn’t the case in Wagner’s time. The intervals were first removed only in 1901, when for a production at Bayreuth Wagner’s widow Cosima decided to return to what she understood as Wagner’s ‘original conception’. Are we right to follow suit? Or is Cosima’s alteration artificial and needlessly-taxing?

Say you do have intervals – should it be one or two? Probably the most common opera structure is in three acts, so two intervals – but does this make the whole show too long? Or does it help to have these points of reflection? Does La traviata need two intervals, or is it better with one or none at all?

The crucial thing is that intervals completely alter the pace, and therefore experience, of a work. Choreographer Christopher Wheeldon rethought the structure for his 2011 ballet Alice’s Adventures in Wonderland, and introduced a second interval for its first revival in 2012. For most it was a good move, lightening the first act and making the ballet more accessible for a young audience.

And all this is before you even get to the challenges of a ballet mixed programme – having a 30-minute interval between each work can sometimes mean you get more interval than ballet in your evening. Perhaps, though, it is the case that we need to take a break between works that are often very different.

We asked our Twitter followers for their thoughts - here's a selection:

@RoyalOperaHouse Don't make me sit for longer than 90 mins without a break. Ideally every hour. Don't care what the composer wanted.

@RoyalOperaHouse Adds to the drama and suspense. Helps concentration. Don't waste it with queues and idle chatter.

@RoyalOperaHouse Could lose 2nd interval in Swan Lake & have pause between acts 3 and 4 in the same way as between 1 and 2?

@RoyalOperaHouse In my experience, 20 min intervals are a waste of time... No time to get to / from seat and have a drink. 25-30 much better

@royaloperahouse Your intervals are too long at (min) 30 mins - more about maximising your catering concessions than anything else.

@RoyalOperaHouse Would be better to have one interval instead of two for many operas, eg La Traviata. Wagner is another kettle of fish

Are intervals a frustrating distraction from the drama or a valuable break to gather thoughts?

Are there circumstances in which we can change a composer or choreographer's structure? Which works do you think need interval tweaks?