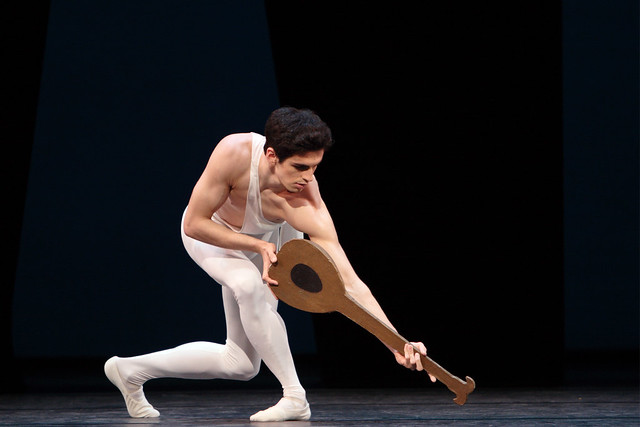 Sampling the Myth, a programme of mixed works to be staged at Deloitte Ignite 2014, will be live-streamed via the Royal Opera House website and YouTube Channel at 6.50pm BST on Saturday 6 September 2014. The event will be available to watch online anywhere in the world (with a small number of exceptions).

The programme combines dance and visual art in a modern exploration of ancient myths through performance and film. It will feature a special commission from Turner Prize-winning artist Chris Ofili and choreographer Aakash Odedra based on the myth of Prometheus. Extracts will also be performed from Mikhail Fokine’s The Firebird and The Dying Swan; Matthew Bourne’s Swan Lake; George Balanchine’s Apollo; and Wayne McGregor’s Raven Girl. Viewers will also be treated to the world premiere of a new piece by Rambert’s Miguel Altunaga. Also being screened as part of the event are three short dance films created by the National Ballet of Canada’s Robert Binet, rising choreographic talent Charlotte Edmonds, and internationally renowned choreographer Kim Brandstrup.