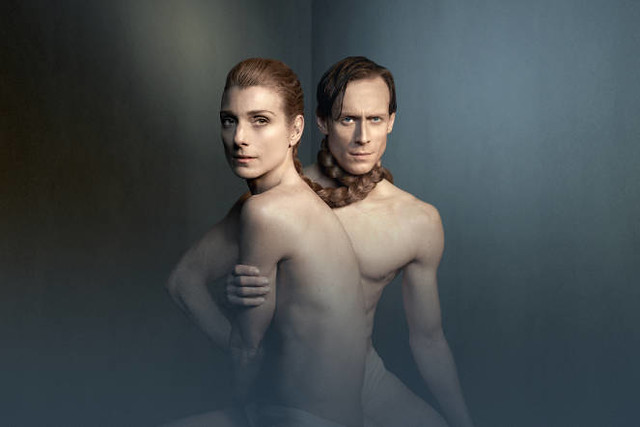 Brother and sister Paul and Lise grow up together in isolation. They begin a game, the nature of which transforms as their bodies mature. Their imagined reality begins to unravel as the real world intrudes, with disastrous consequences.

Jean Cocteau wrote his influential novel Les Enfants Terribles in 1929, and in 1950 director Jean-Pierre Melville adapted the novel into a film. Nearly fifty years later in 1996 Philip Glass adapted the film and novel as the final element of his Cocteau trilogy. He collaborated with choreographer Susan Marshall to create a dance-opera, in which the action is shared between dancers and singers. Now, as part of global celebrations to mark Glass’s 80th birthday, choreographer and director Javier De Frutos creates a new production for The Royal Ballet at the Barbican.

Glass is the most-performed living opera composer. His many stage works express a breathtaking variety, not only in their source materials but in their very structure. The three works of the Cocteau trilogy encapsulate this diversity. Orphée unusually uses Cocteau’s complete screenplay as its libretto. La Belle et la Bête retains not only the screenplay but the film itself, with the music exactly timed to play beneath the film. The explicitly multimedia nature of Les Enfants Terribles continues the trend. Glass has indicated that the work itself is about creativity, as conductor Timothy Burke explains: ‘Paul and Lise create an imaginary world for themselves. They live a reality which is fictional, which doesn’t chime in with the rest of life outside them.’

Glass and Marshall’s original production of Les Enfants is cast for four singers and eight dancers, a format De Frutos follows in his new production. He introduces a further subdivision, with four of his dancers coming from a contemporary discipline, and four from The Royal Ballet, trained in the classical tradition. Singers and dancers together express different aspects of the characters. This plurality of casting is an echo of Glass’s music for the dance-opera, which is scored for three pianos (itself inspired by the film’s pointed use of Bach’s Concerto for Four Keyboards). As Paul Kilbey describes in his programme note, ‘The dense layers of piano mirror and distort each other, perfectly attuned to the dark hue that suffuses Cocteau’s imagined world’.

‘I think Les Enfants is a fascinating study of morality’, says De Frutos. ‘I like the idea that you’re as dirty as the secrets you keep.’ Paul and Lise grow up believing their behaviour is normal – a belief that becomes destructive as their way of life is exposed to the outside world. ‘The word incest isn’t used once in the piece, but that’s what it’s about’, De Frutos explains. ‘When you don’t name it, it is not a crime – but when you name it you start to think it is punishable and dangerous.’ He embraces this subjective morality in staging the piece: ‘I really like the idea of making the cast uncomfortable about confronting what they think is moral or not. If any of them makes a moral judgement on the character they’re playing, it won’t be a transparent interpretation.’

Les Enfants Terribles runs at the Barbican from 27–29 January 2017. Tickets are currently sold out on the Royal Opera House website, but more tickets have been released on the Barbican website.