Dance highlight: Scherzo from The Dream

Frederick Ashton's ballet The Dream is a skillfully simplified version of Shakespeare's A Midsummer Night’s Dream, accompanied by Felix Mendelssohn’s much-loved incidental music for the play. The ballet – though initially eclipsed by other works – soon became a favourite of The Royal Ballet's repertory.

Its most enduring quality is Ashton’s exquisite choreography and, through it, his insightful portrayal of Shakespeare’s characters. For the premiere, Ashton selected the young dancers Antoinette Sibley and Anthony Dowell as Titania and Oberon, choosing them for the suitability of their personalities as well as their technical abilities. Relatively unknown before The Dream, the pair went on to become one of the most celebrated dance partnerships in the Company's history. Now, 50 years on from the premiere of The Dream, Ashton’s mercurial Oberon and shy Titania continue to be cherished by star dancers and audiences alike.

Of the many episodes in the ballet that Ashton crafted for Sibley and Dowell, the greatest display of virtuosity is undoubtedly the Scherzo. Occurring just before the famous Wedding March and the extraordinary closing pas de deux, the choreography of this section is characterized by lightning-quick pirouettes and turns from Oberon cut through with passages of effortless, fleet footwork from Puck and the fairies.

Puck begins the Scherzo centre stage, palms cheekily upturned. Ashton’s choreography for the fairy here, and throughout the Scherzo, is full of weightless jumps – assemblés, brisés and jetés – and animated spins, which demonstrate Puck’s boundless energy and mischievous spirit.

A striking change in the music – Mendelssohn’s chattering woodwind interrupted by bustling strings rising up a chromatic scale – heralds the entry of Oberon. He bursts onto the stage in a series of grands jetés and a triple pirouette, finishing in a perfectly controlled arabesque penché. Dowell has spoken of how Ashton ‘loved people who could spin and move fast’, and it is immediately clear that the choreographer indulged himself in the Scherzo, making the most of the young Dowell's extraordinary abilities. Ashton’s choreography for Oberon comprises almost every kind of turn in the ballet dictionary – among them pirouettes, reversé soutenus, chainés and fouettés – performed at immense speed and worked into sequences of fiendishly difficult footwork. The effect of this commanding virtuosity is quite different from the impish quality evoked by Puck’s dancing. The immense artistry required to perform Oberon's choreography – and the way in which Ashton perfectly moulds the steps to the texture and orchestration of Mendelssohn’s music – serves to emphasize the power and pride in the King’s character.

No less care is lavished on the choreography for the fairies. They dart on and off the stage in sequences of intricate, repetitive footwork similar to Puck’s – only occasionally interrupted by the musical hee-haws that remind us of the transformed Bottom, in Ashton's choreography sadly waving from the bushes. The fairies' supernal lightness, genteel port de bras and symmetrical formations subtly pay homage to Ashton’s Romantic ballet heritage – specifically to the famously ethereal style of dancing pioneered by Marie Taglioni in the 1800s. 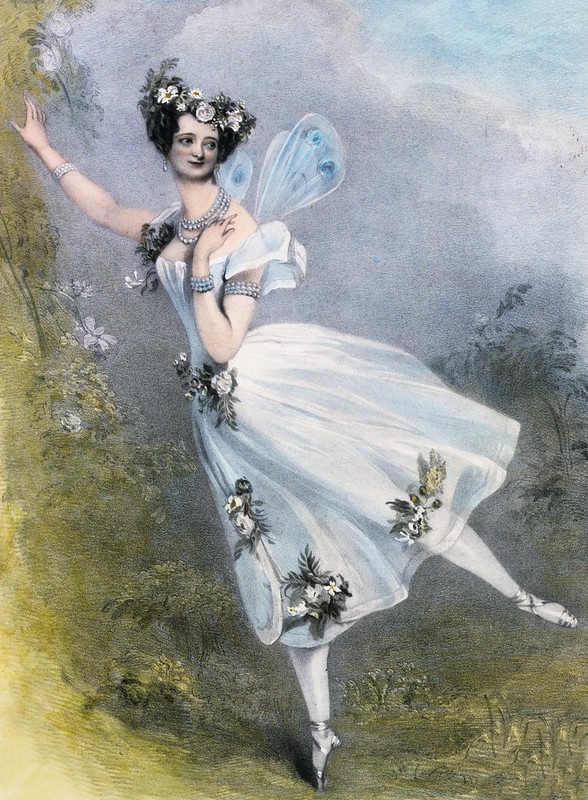 As the Scherzo draws to a close, Puck and the fairies dance offstage one by one, leaving just Moth behind. Seemingly unaware that her companions have left, she performs a short, dainty sequence to Mendelssohn’s fluttering flutes before realizing she’s alone with Oberon and hurriedly flitting off into the wings.