Our quick introduction to this mixed programme from one of the UK’s leading contemporary dance companies. 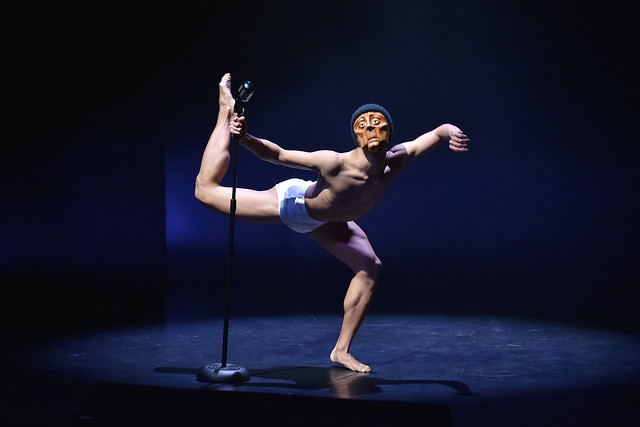 Leading Contemporary Dance in the UK
Leeds-based Phoenix Dance Theatre was founded in 1981 by dancers David Hamilton, Donald Edwards and Vilmore James. From small beginnings, the company has grown to become one of the UK’s leading contemporary dance companies: it performs on tour throughout the UK and around the world, and commissions dance works from internationally prominent choreographers. Previous artistic directors of the company include Margaret Morris, Darshan Singh Bhuller and Javier De Frutos, and Phoenix is now led by Sharon Watson.

Contrast and Invention
Phoenix Dance Theatre is known for presenting programmes that show the great range of contemporary dance, and their latest show in the Linbury Studio Theatre (their fourth in as many years) is no different. Opening the programme is the world premiere of Itzik Galili’s reworking of his acclaimed Until.With/Out.Enough, a joint commission between Phoenix Dance Theatre and The Royal Ballet. This is followed by two works created on the company this year: Sharon Watson’s TearFall, inspired by the science of tears and created with the support of the Wellcome Trust, and Bloom by Caroline Finn, a winner of the 2014 New Adventures Choreography Award.

Elongation at Speed
Israeli-Dutch choreographer Galili first created Until.With/Out.Enough to music by Górecki in 1997, early in his career. ‘I don’t like to leave pieces, because as we change our pieces also change’, he explains. ‘Now I am giving this work a new face. It’s a bit like renovating the whole house and making a totally new work, specially for Phoenix Dance Theatre.’ For Phoenix dancer Vanessa Vince-Pang, ‘the process was quite challenging at the beginning... but Itzik has a way of using movement to really utilize what your body can do, but just pushing it and extending it that little bit further – elongating, at much speed!’.

The World of Tears
TearFall is Watson’s sixth work for Phoenix Dance Theatre and her fourth since becoming artistic director in 2009. She worked closely with scientists through the Wellcome Trust to develop dance inspired by the physical and emotional reasons behind tears. Watson explains how ‘my work has been underpinned with scientific knowledge, facts and a lot of humanity – it’s a human way of looking into the world of tears, and the reasons behind why we cry’. Watson collaborated extensively with the dancers of Phoenix Dance Theatre to explore different experiences of and emotions behind crying, making TearFall part of Phoenix’s DNA.

Facades People Hide Behind
English choreographer Caroline Finn made Bloom for Phoenix Dance Theatre on the back of winning the prestigious New Adventures Choreographer Award. Since Bloom’s premiere earlier this year it has won acclaim from critics: Luke Jennings for The Observer praised Bloom as ‘tantalizing dance-making, and a smart commission by Phoenix. Finn is a choreographer who isn’t afraid to leap into the dark.’ Finn says she ‘wanted to make a piece about the facades people hide behind when they feel as though they have to be a certain way’, and the work’s title comes from an image of a tree – ‘these facades are like blossom, covering up the strength and the reality of what’s underneath’. Surreal and blackly comic, Bloom is set to an eclectic score that intersperses Balkan music with works including Frank Bennett’s Big Band setting of Radiohead’s Creep.

This production of Until.With/Without.Enough is a co-commission between The Royal Ballet and Phoenix Dance Theatre.

Tearfall is supported by the Wellcome Trust.