Cracking the code: The meaning of mime in ballet

Classic ballets feature plenty of code, but what do these gestures mean, and why do they persist in the 21st century? 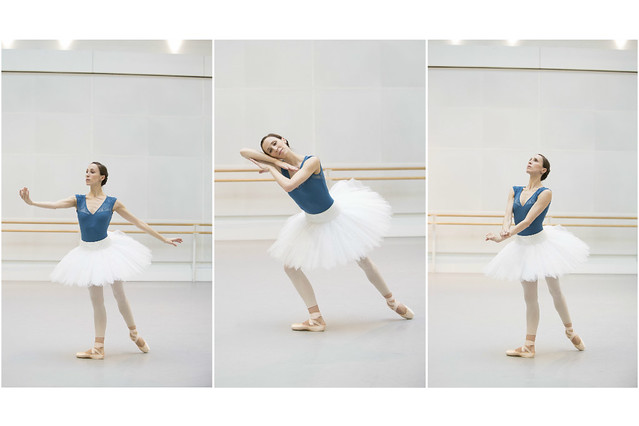 Narrative ballet seldom has a real ‘narrator’ – a person to tell us the plot out loud – but it has always managed to find ways to tell its stories. Sometimes the story is simply told through the dance, with ensemble numbers or solos propelling the action forwards. And sometimes the dancers behave more like actors: through the careful use of gestures, they communicate the essence of the story without needing to speak. The tradition of mime in ballet stretches back centuries, but it is alive and well in a number of Royal Ballet productions – including The Nutcracker and The Sleeping Beauty.

‘There’s a lot of mime in The Nutcracker’, says Guest Principal Ballet Master Christopher Carr, who stages both ballets for the Company. ‘Especially in the first act’, he adds – perhaps surprisingly, as the best known mime sequence in the ballet is the extract above, which comes from Act II. But the party scene in Act I is filled with subtle gestures that have to be conveyed with just as much finesse as Hans-Peter’s narrative later on. ‘People arriving at the party, people saying goodbye – that they’ve had a good time at the party – and the cake-cutting, Drosselmeyer giving the Nutcracker to Clara…’. Carr reels off examples of mime in the party scene, stressing that all of this has to be understood clearly by the audience. ‘There’s a lot of language in that section, so we try to slow the music down a little bit. It’s hard for an audience – if it’s too quick, they’ll miss it.’

Mime should never be hard to understand, however. ‘Most of it is fairly obvious’, Carr says: ‘“I” is pointing to your chest, “you” is pointing to the other person, “here” is normally just pointing to the floor… It’s good if you have a little knowledge, but you don’t need to have that much.’

In Act II, Hans-Peter – freed from the spell that trapped him in the Nutcracker – explains his and Clara’s story to the Sugar Plum Fairy and her Prince through an unusually long mime sequence. As the rehearsal extract above shows, Carr takes care to get things right when teaching mime to the dancers. ‘We try to do mime that looks natural – not really staged in any way. And you have to use your face as well, as if it’s a conversation… It can be overdone, but we tend just to keep it natural and normal so the audience can tell what’s going on.’

‘“Death” can be quite difficult to understand if you don’t know, which is two fists being crossed at the wrists’, Carr adds – an example of one particular ballet mime gesture that is useful to know about. The Nutcracker is free from that particular mime, but it does crop up in a number of ballets, including Giselle and also The Sleeping Beauty. In the fairytale classic, the gesture features in the mime sequence delivered by the evil fairy Carabosse as she explains the curse she has cast upon Princess Aurora. Carabosse is a great character role filled with mime, as Monica Mason explains when teaching the role:

There is one final element to mime in ballet, which is out of the dancers’ hands but an integral part of the action: the music. ‘The music and the dance should be totally united, all the time’, Carr says. ‘Music inspires choreography – it inspires stories, it inspires steps, and one tries to keep the dance and the music connected to each other: it’s what classical ballet is.’

The Nutcracker runs until 12 January 2017. Tickets are sold out, but returns may become available.

The production is given with generous philanthropic support from Hans and Julia Rausing, Lady Jarvis, Peter Lloyd and the Friends of Covent Garden.

The Sleeping Beauty runs until 14 March 2017. Tickets are still available.
The performance on 28 February 2017 will be broadcast live to cinemas around the world. Find your nearest cinema.

The production is staged with generous philanthropic support from Mrs Aline Foriel-Destezet, Hans and Julia Rausing, Lindsay and Sarah Tomlinson and The Royal Opera House Endowment Fund. The production is sponsored by Van Cleef & Arpels. Original production (2006) made possible by The Linbury Trust, Sir Simon and Lady Robertson and Marina Hobson OBE.

This article has been categorised Ballet and tagged by Marius Petipa, by Peter Wright, Christopher Carr, classical dance, gesture, mime, Production, The Nutcracker, The Sleeping Beauty