The acclaimed American composer speaks about seeing his music choreographed and the process of writing his first original score for ballet. 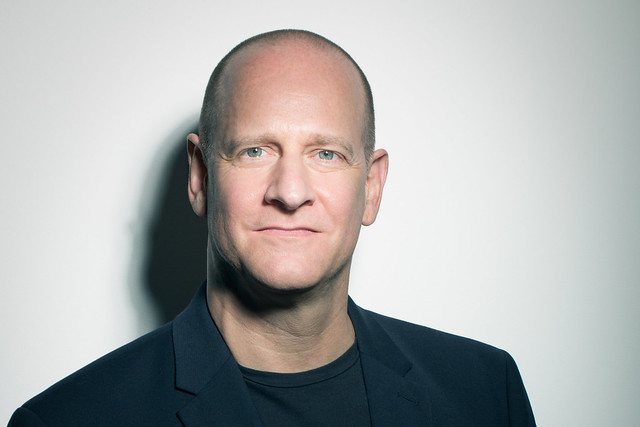 Royal Ballet Artist in Residence Liam Scarlett has frequently been drawn to the music of Lowell Liebermann, choreographing Viscera, Euphotic and Gargoyles to his music. They now collaborate the first time on an original score, the full-length ballet Frankenstein – which also marks Liebermann’s first original commission for ballet. We spoke to him about the relationship between his music and dance.

When was your music first used for dance?
The very first piece of mine choreographed was my first cello sonata – it was modern dance, it wasn’t ballet – and then another student at Juilliard choreographed a movement from my first symphony, and that was a larger ensemble number. The first ballet choreographer that I worked with directly was Robert Hill at American Ballet Theatre in New York, and he actually choreographed the same First Piano Concerto that Liam chose for Viscera.

What’s it like to have your music used for dance?
It’s flattering, but it’s also a bit odd with a piece that wasn’t written with ballet in mind, because you’re dealing with another layer that you didn’t imagine when you wrote the piece. I’ve certainly had the experience of watching certain choreography that I didn’t like, and so it’s always a huge relief when you do like it! I was very appreciative of how sensitive Liam was to the music, and I felt that the choreography in Viscera complimented the music and vice versa.

Liam has described the First Piano Concerto as ‘dancelike’ – do you see that in it?
I didn’t think of it as dancelike when I wrote it but I can see that now. My music, besides being rhythmic, is always very lyrical. It’s very melodically orientated and I think the idea of line is something that’s very important in ballet – I think that’s something choreographers pick up on. For me, a piece of music – at least one I would want to listen to – should have elements of rhythmic power, lyricism and drama. I do see music as a kind of narrative without words, and I suppose that’s something that is mirrored in dance.

You wrote the First Piano Concerto in 1983 – and now you’re writing your first original dance work, the full-length score for Frankenstein. Has your music changed between then and now?
My aesthetic has not changed since the Concerto – but hopefully in the past 32 years I’ve gotten somewhat more sophisticated, somewhat more technically proficient and able. I think that, as one is exposed to more and more music in one’s life, it creeps into your own music. Even things you hear that you don’t necessarily like affect your own music: all music one hears has an impact. I don’t write music any differently because I only know one way to write music, but I think the materials involved probably cover a wider range.

You’ve often collaborated with instrumental soloists before; has there been any similarity between the way you collaborate with Liam?
It’s a bit different compared to writing for a soloist, because one of the things I tell soloists when I’m writing a concerto or something is, ok, I have the commission, I will deliver the piece and I don’t want to hear from you until then! I do not normally show people anything from a piece in progress; I’ve always been rather secretive that way. So this process with Liam has been a very new thing for me – just playing someone little snippets of a piece, which is a kind of terrifying for a composer because when you just play a little snippet out of context and maybe unorchestrated, you can’t imagine how the people listening to it can possibly know what you’re thinking.

Sounds a bit scary…
Yes, but it certainly was very helpful to know what Liam was imagining – for example, when I accepted the commission, I somehow just assumed that Liam would be updating the story, like he did with Hansel and Gretel. And then when I finally met with him and he gave me the scenario I found that he was doing it absolutely period. So that of course required a total readjustment in the way that I had been thinking about it till then. A collaborative process when you have to deal with another person’s input and reaction is very different from just sitting down and writing a piece.

The Royal Ballet performs Viscera as part of a mixed programme with Afternoon of a Faun, Tchaikovsky Pas de deux and Carmen 26 October–12 November 2015. Tickets are still available.

Frankenstein runs 4–27 May 2016. Tickets go on general sale on 19 January 2016.
The production is a co-production with San Francisco Ballet and is generously supported by the Monument Trust, Sarah and Lloyd Dorfman, Simon and Virginia Robertson and the Frankenstein Production Syndicate.

The production is a co-production with San Francisco Ballet and is generously supported by The Monument Trust, The Taylor Family Foundation, Sarah and Lloyd Dorfman, Simon and Virginia Robertson, Will and Beth Gardiner, Karl and Holly Peterson, The Shauna Gosling Trust, The Constance Travis Charitable Trust, The American Friends of Covent Garden, the Frankenstein Production Syndicate, Bently Foundation, The Hellman Family and E. L. Wiegand Foundation.

The production will be relayed live to BP Big Screens in the UK and streamed live around the world via YouTube on 18 May 2016. Find your nearest BP Big Screen and subscribe to our YouTube channel.