During the war the Royal Opera House was the superclub of its day - converted into a dance hall it played host to 1,500 jitterbugging dancers each night. 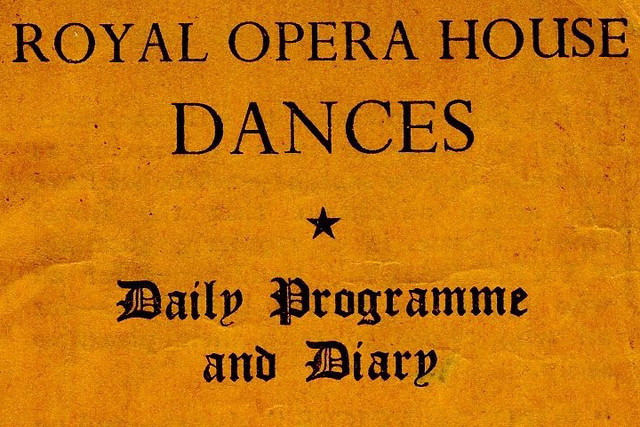 1939: The outbreak of World War II has brought an end to stage performances at the Royal Opera House. Within a few months of the closure, the popular ballroom chain Mecca buys a five-year lease on the building. They raise the stalls floor to the level of the stage, install parquet flooring and create a band-stand behind the proscenium arch. On 23 December 1939 the Royal Opera House reopens its doors as a dance hall – and for the duration of the war becomes one of London’s most enduring entertainment hotspots.

A recent donation to ROH Collections provides a tangible link to this very different time. This dance card, dating from 1940, belonged to Irene Lilian Brunton, who lived all her life in South London and Mitcham. Her son was surprised to find it in his mother’s effects, as money was tight during the war – but we can guess that entertainment was an important distraction and money was put aside specially. 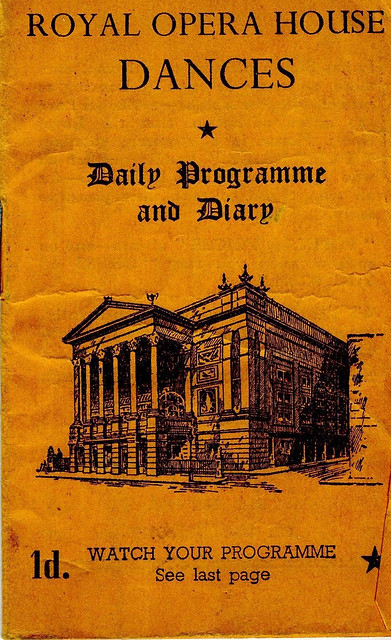 Dancing was an essential diversion for servicemen and women on leave, as well as Londoners. The Royal Opera House Dances ran virtually every afternoon and evening during the war, with evening-only openings on Saturdays. It quickly became a favourite and queues would form around the building. A historic issue of Dancing Times magazine records that the entrance was limited to 1,500 dancers – but it wasn’t unusual for numbers to exceed this by several hundred.

Dancers at the Royal Opera House were entertained by five bands, including one led by William Franklyn and his ten performers ‘specially selected as leading men on their instruments’, as featured on Irene’s dance card. The music could be varied – one band of 15 female musicians directed by Ivy Benson was described by London Ballroom News as having ‘solidity and vigour’. 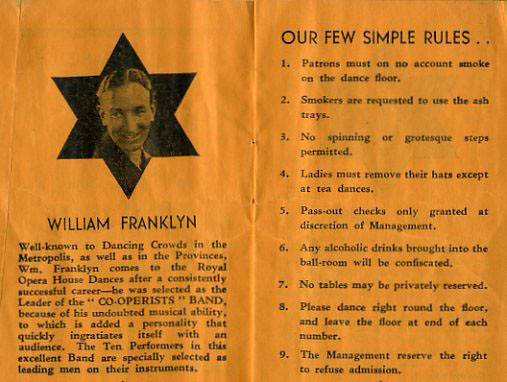 The Royal Opera House Dances had strict rules of behaviour, as listed on the dance card: No spinning or grotesque steps permitted; Ladies must remove their hats except at tea dances; Please dance right around the floor and leave the floor at the end of each number. The ‘pass-out checks’ referred to in the rules were coupons given to military personnel at the end of their training.

During the war the Royal Opera House also hosted dance demonstrations, free dance classes and competitions for amateurs and professionals. These included ‘The Star’ Services championships (later the ‘All Services’ competition) in which amateurs were eligible to compete provided at least one partner was in service uniform. With the arrival of American Servicemen came the highly popular Jitterbug dance, and several subsequent Jitterbug championships. 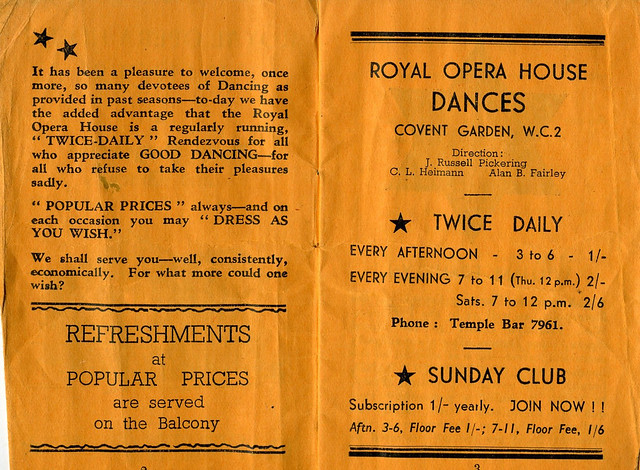