Collections at the new Costume Centre: A two-year project comes to fruition

Our historic collections settle into their new home after a painstaking removal process. 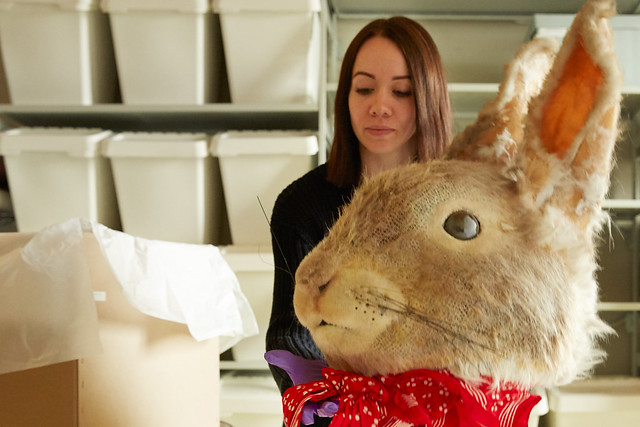 This summer the Royal Opera House’s historic Costume, Furniture, Props, Art and Musical Instruments Collections were successfully moved from storage in Dover to their new home at the Bob and Tamar Manoukian Costume Centre in Purfleet. This purpose-built store was designed around the needs of the historic items and ensures that one of the most significant theatrical costume collections in the UK is preserved for future generations of designers, makers and researchers to enjoy.

Preparations for the move began more than two years ago, as the ROH Collections team began to plan how to ensure the safe transit of these thousands of precious pieces of ROH history. This started with measuring the 2,000 costume bags in which some of the Costume Collection is stored, to give an idea of the space needed in the new Bob and Tamar Manoukian Costume Centre – and also to inform the design of the bespoke racking being built to house the collections. 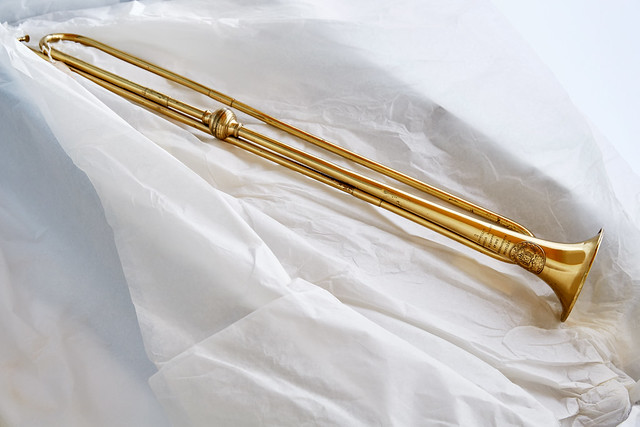 A painstaking review of Costume, Furniture, Props, Art and Musical Instruments Collections ensured that each item in the Dover store was accounted for and its correct location recorded. Detailed shipping lists meant the movement of the collections could be accounted for at all times.

Each item of furniture was individually wrapped in Furniguard®, with particular care taken with such fragile items as the 19th-century ‘crush machine’, originally used to dispense drinks and cocktails and the origin of the name of the Crush Room. Tutu boxes were carefully stacked and wrapped on pallets, costume bags were secured to their rails and the archive boxes were carefully placed in cages. 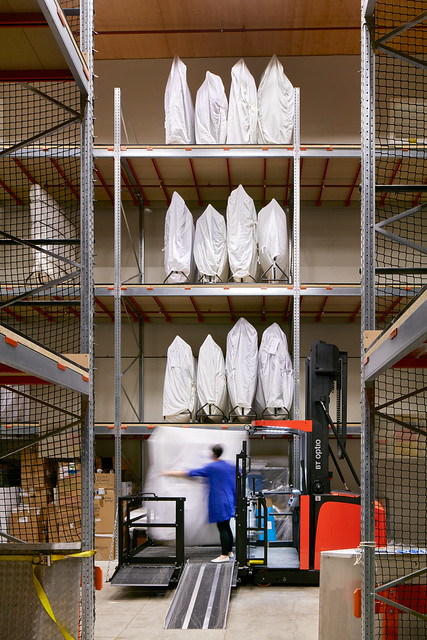 The move itself commenced on 8 June 2015. The Collections team worked with moving professionals Harrow Green over three weeks to re-locate all of the objects to their new home. Some items were trickier to move than others – the enormous Giant costume worn by Jonathan Gunthorpe in the ROH2 production of Gentle Giant posed its own problems, while the team had to make bespoke packing for costumes too large and fragile to hang on a rail or to store in standard size costume boxes.

In the Bob and Tamar Manoukian Costume Centre the historic collections are now stored on bespoke racking that is nearly four metres tall. In order to reach the higher shelves and rails there has been a new addition to the Collections team – a Mobile Elevating Work Platform that goes by the name of Hugo. Large costumes and items of furniture are also accommodated in specially designed shelving. 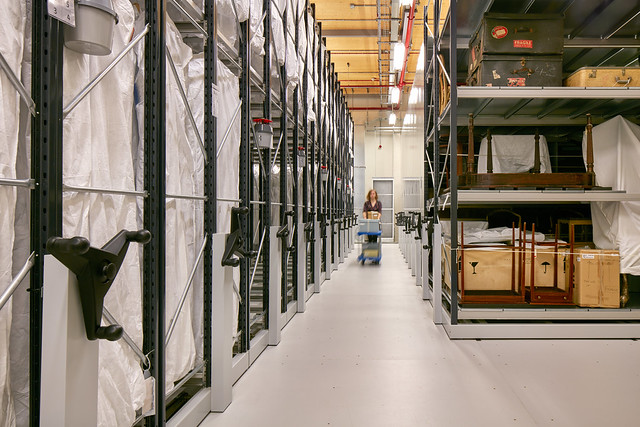 The ROH Collections share the Bob and Tamar Manoukian Costume Centre with the ROH Costume Department and South Essex College. The new facility enables the Collections team to work more closely with the professionals creating costumes for current ROH productions, and with the next generation of costume makers. At the Bob and Tamar Manoukian Costume Centre we will be able to open up wider access to the Royal Opera House’s historic Costume, Furniture, Props, Art and Musical Instruments Collections, to inspire and enrich the work of others.

This article has been categorised Off stage and tagged Bob and Tamar Manoukian Costume Centre, Purfleet, ROH Collections, Thurrock