Awards presented by the Critics’ Circle, a panel of 50 professional dance writers and critics. 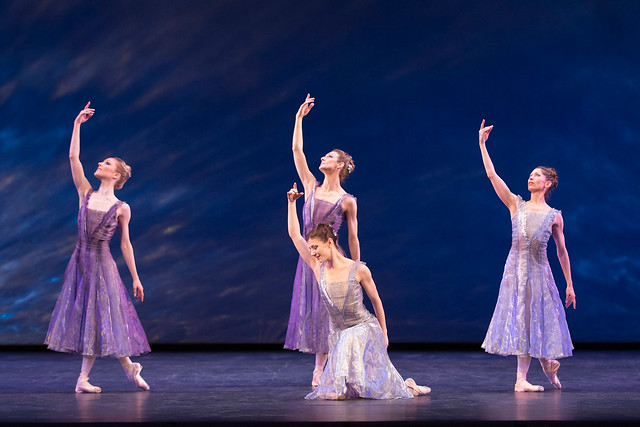 Artists of The Royal Ballet in 24 Preludes © ROH/Johan Persson, 2013

The awards, which celebrate the best of dance and ballet in the UK, are presented annually by the Critics’ Circle, a panel of 50 professional dance writers and critics. This year's ceremony was held at The Place in London and was presented by The Royal Ballet's Bennet Gartside, alongside Tommy Franzen.

Christopher Wheeldon won the award for Best Classical Ballet Choreography for Aeternum. The ballet had its premiere alongside Alexei Ratmansky's 24 Preludes and a revival of George Balanchine's Apollo in February 2013. Christopher will premiere his ballet adaptation of Shakespeare's The Winter's Tale in April 2014.

Former Royal Ballet Principal Leanne Benjamin was presented with the Critics' Circle de Valois award for outstanding achievement. Leanne joined The Royal Ballet as a First Soloist in 1992 and was promoted to the rank of Principal in 1993. She danced all the leading classical roles as well as having a number of roles created on her by choreographers including Wayne McGregor, Christopher Wheeldon, Kim Brandstrup and Alexei Ratmansky. Excelling in the MacMillan repertory, Leanne also worked with Frederick Ashton and Ninette De Valois and was awarded the OBE in 2005 for services to dance. Her final performance at Covent Garden was as Mary Vetsera in the 2012/13 Season finale of Mayerling on 15 June 2013.

The Best Male Dancer award, won by Dane Hurst of Rambert, was dedicated by guest presenter Jonathan Gray of Dancing Times to the memory of David Wall, The former Royal Ballet Principal who died in 2013. Wall became the youngest male Principal in the history of the Company aged 21 and was a frequent partner to Margot Fonteyn.