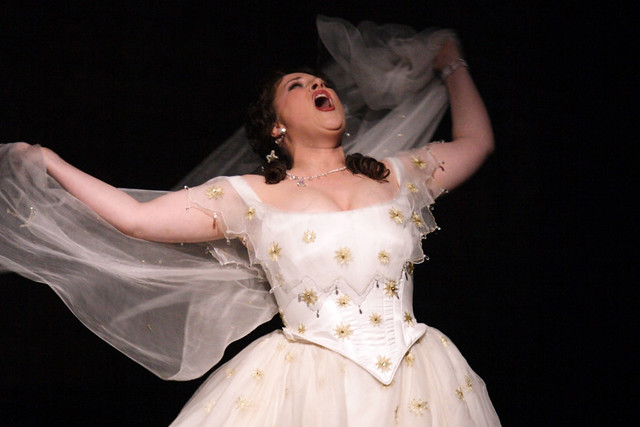 It was unlike any conference that I’ve ever been to – for one thing, the range of participants was so wide. Gathered in one room, we had critics, composers, singers, directors, designers, producers, funders and of course audience members. There were people there from all the UK’s large opera companies as well as an array of smaller organizations and individual artists.

And the structure of the conversation wasn’t like a normal conference. Improbable uses Open Space Technology to allow the group itself to set the agenda. It’s incredibly democratic – anybody can propose a topic, start a conversation and write a report. All participants are free to join the conversations that are of most interest to them. Ultimately, the success of an event like this is down to everyone who is in the room.

I remember a particularly memorable conversation between a group of experienced opera lovers, who had grown up with ENO in the 1980s and had admired the radical productions the company offered then, and a group of young opera directors who were keen for the art form to be reinvented afresh through radical 21st-century productions. It felt like a conversation between two groups of opera lovers who don’t meet often enough.

There was also a conversation about women in opera. This covered a range of issues – the weighting of roles within our repertory, the lack of major roles for senior women, the imbalance of female role models among leading opera conductors and directors and the challenges of childcare during rehearsal periods.

That particular conversation has led to some concrete outcomes. We recently held an Insight event focussed around women in opera, and the Royal Opera House is currently participating in a broader Tonic Theatre project looking at gender equality in the performing arts.

But of course not every conversation has concrete outcomes and the topics are as wide-ranging as the ideas of the people who attend. Last time they ranged across ‘London’s ideal opera house’, ‘What are we going to do about directors?’, ‘Do auditions really work?’ and ‘How do we keep it fun?’. Of course not every conversation sticks to its subject, but some of the best discussions seem to come from these sessions. I remember a session which began about overuse of the word ‘passionate’ and ended up as a far richer conversation about how opera has always been a transgressive art-form and needs to re-find those roots.

Whether you’re an artist or technician, contemporary cultural champion or opera aficionado, if you care about the future of opera, go along, listen, be provoked, start a conversation and find the partners with whom you can shape the future of this amazing art form. There’s a lot at stake.

Devoted and Disgruntled: How Can We Change Opera for the Better? takes place at Lilian Baylis House, NW6 on 9–10 April 2016. It is run in partnership with English National Opera and is supported by Tête à Tête. Tickets are still available.