The second part of Wagner's Ring cycle will be relayed live to cinemas from London. 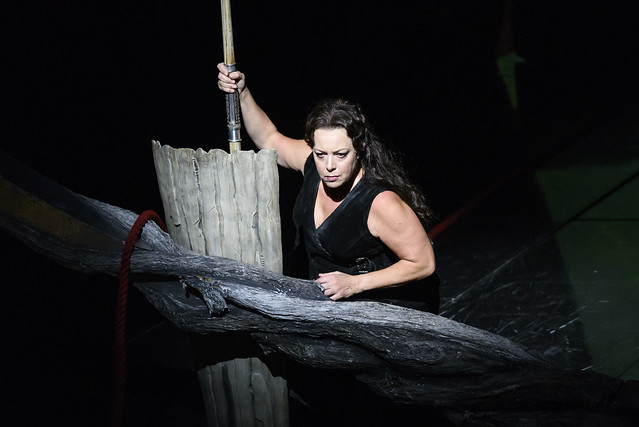 The Royal Opera's production of Wagner's Die Walküre – the second part of the epic Ring cycle – will be relayed live to cinemas around the world on 28 October 2018. Find a Die Walküre screening near you. The performance will last about 4 hours 50 minutes including intervals.

Staging the cycle is always a major event, and the return of Keith Warner's production is no different, with tickets selling out quickly more than a year in advance. This cinema relay will allow audiences at more than 880 cinemas in 23 countries the chance to experience one of the hottest tickets in opera this year.

Based on Norse mythology, the Ring tells the story of gods, heroes and monsters who struggle to possess a magical ring that allows its wearer to control the entire world.

Following on from the events of Das Rheingold, Die Walküre sees Sieglinde gives shelter in a storm to a wounded stranger. They find themselves drawn to each other. He is Siegmund, the twin from whom Sieglinde was separated in childhood. Unknown to them, their father is Wotan, the most powerful of the gods. Through Siegmund, Wotan hopes to retrieve the gold ring of ultimate power that he cannot take himself.

Keith Warner's production highlights Wotan's voyage of self-discovery and ultimate resignation, with sets – designed by Stefanos Lazaridis – that reflect both his inner decline, and that of the wider family of gods.

The live cinema relay boasts a strong cast including Stuart Skelton as Siegmund and Emily Magee as Sieglinde. John Lundgren sings the role of Wotan, while Nina Stemme will perform as Brünnhilde. Fricka will be sung by Sarah Connolly. Music Director of The Royal Opera Antonio Pappano will conduct.

As ever, we'd love to hear your thoughts on the live cinema relay. Share your comments before, during intervals and after with #ROHring. A selection of your comments will be shown during the interval.

This article has been categorised Opera and tagged by Keith Warner, cinema, Die Walküre, Production