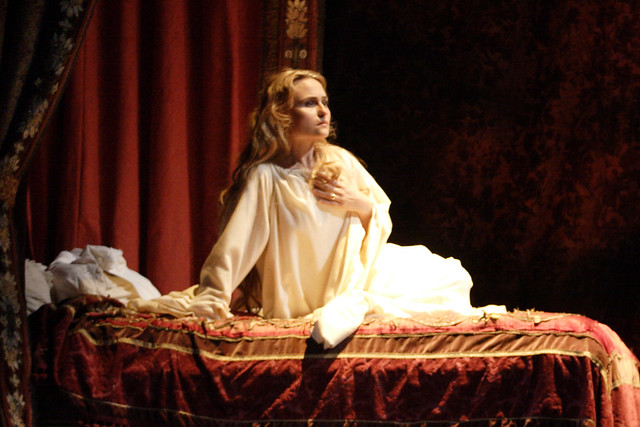 Due to personal reasons and with great regret, German soprano Anja Harteros is no longer able to perform the role of Desdemona in the performance of Otello tonight (24 July). The role will now be sung by Russian soprano Marina Poplavskaya.

Marina is a former Jette Parker Young Artist and recently sang the role of Desdemona (Act IV) at the Plácido Domingo Celebration earlier in the Season. Since making her Royal Opera debut in 2006, Marina has sung the roles of Donna Anna in Don Giovanni, Tatyana in Eugene Onegin, Elizabeth of Valois in Don Carlo and Violetta in La traviata. She will sing the role of Alice in Laurent Pelly's new production of Robert le diable next season.

This article has 31 comments

Leave a reply to paco · Cancel