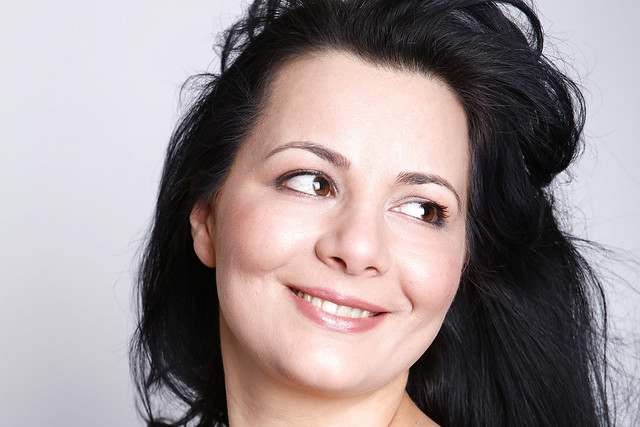 Marina Poplavskaya has fallen ill and had to withdraw from the role of Hélène for final rehearsals and the first three performances of The Royal Opera's production of Les Vêpres siciliennes on 17, 21 and 24 October.

The role will now be sung by Armenian soprano Lianna Haroutounian, who made her debut with The Royal Opera in May 2013 singing the role of Elizabeth of Valois in Don Carlo. Her other recent roles have included Desdemona in Otello for Opéra-Bastille in Paris, Leonora in Il trovatore in Marseilles, Amelia in Simon Boccanegra in Lille, Mimì in La bohème for the Grand Théâtre in Tours and Amelia in Un ballo in maschera at the Stadttheater in Bern and the Grand Théâtre in Tours.  Her roles during the 2012–13 season included Elena in I vespri siciliani at the Megaron Concert Hall, Athens, and Hélène in the original French version of the same opera in Bilbao and Frankfurt; and Cio-Cio-San in Madama Butterfly for Festival de Sanxay.

Marina hopes to be able to sing the remaining five performances on 29 October and on 1, 4, 7 and 11 November as scheduled. The rest of the cast remains the same.

This article has been categorised Opera and tagged cast change, Lianna Haroutounian

Leave a reply to Matteo · Cancel