Cast change: Artur Ruciński to sing in Eugene Onegin on 4 and 7 January 2016

Polish baritone to replace Dmitri Hvorostovsky in the title role 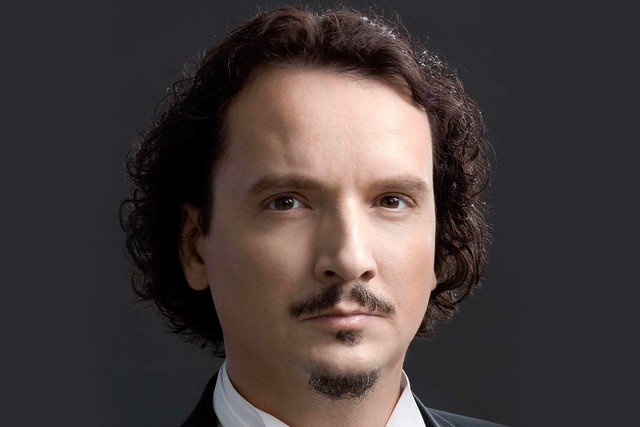 Russian baritone Dmitri Hvorostovsky has withdrawn from the last two performances of Tchaikovsky’s Eugene Onegin on 4 and 7 January 2016.

Hvorostovsky, who was diagnosed with a brain tumour in June 2015, will sing the title role in the first four performances of Eugene Onegin on 19, 22, 30 December and 2 January and then resume treatment in London on 3 January.

Polish baritone Artur Ruciński will sing the role of Eugene Onegin on 4 and 7 January 2016.

Artur Ruciński has previously sung the role for Bavarian State Opera, and in Berlin, Warsaw and Bologna. He made his Royal Opera debut in 2014 singing the role of Giorgio Germont in La traviata, which he has also performed in Frankfurt, Verona and Bilbao.

His recent performances have included Doctor Malatesta in Don Pasquale in Valencia, Enrico Ashton in Lucia di Lammermoor in Hamburg and Zürich, Count di Luna in Il trovatore at the Salzburg Festival and in Vienna, Francesco in I masnadieri in Naples, and for La Fenice, Venice, as well as the title role of Król Roger for the Liceu, Barcelona, Lescaut in Manon in Valencia, Mozart’s Count Almaviva for Berlin State Opera, Count di Luna, Giorgio Germont and Mercutio in Roméo et Juliette for Arena di Verona, Marcello in Los Angeles, Ford in Falstaff for Opéra-Bastille and Frankfurt Opera and Ezio in Attila in Warsaw.

Ruciński returns to The Royal Opera later in the Season to sing Enrico Ashton in a new production of Lucia di Lammermoor.