Russian baritone has withdrawn from the role of Count di Luna, with a replacement to be announced in due course. 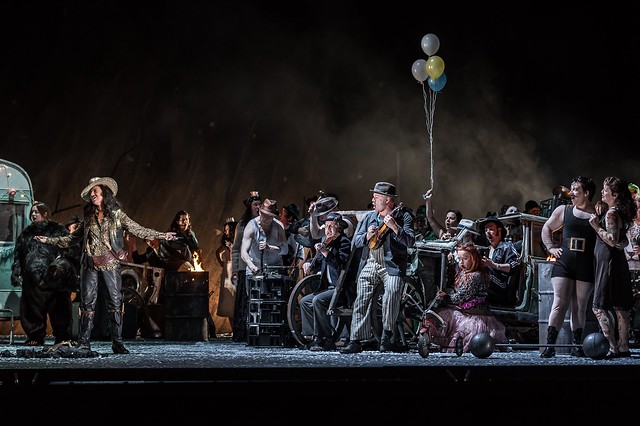 Due to illness, Russian baritone Dmitri Hvorostovsky has regrettably had to withdraw from the role of Count di Luna in The Royal Opera’s production of Verdi’s Il trovatore in January and February 2017.

It was announced in June 2015 that Dmitri Hvorostovsky was beginning treatment for a brain tumour. In a message to his friends, fans and colleagues, the singer has said:

‘It is with great sadness that I must withdraw from opera performances for the foreseeable future. I have been experiencing balance issues associated with my illness, making it extremely difficult for me to perform in staged productions. I will continue to give concerts and recitals as well as make recordings. Singing is my life, and I want to continue bringing joy to people worldwide. With this pause in my operatic career, and more rest in between each engagement, I hope to have more time to focus on my health and treatment. Thank you for all your love, messages and well-wishes. Your support is felt and means the world to me.’

Director of Casting at The Royal Opera Peter Katona said:

'We admire Dmitri's extraordinary courage and positive spirit in dealing with his illness, and hope that with time his condition will improve to allow him to return to the stage. We know that the entire opera world and his London audiences in particular join us in sending him the warmest and most heartfelt good wishes.'