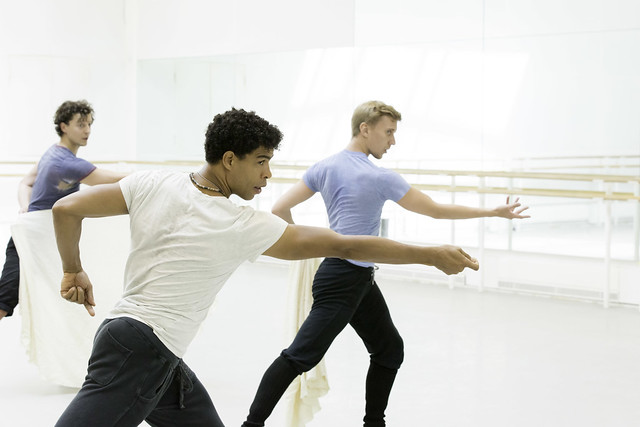 Centring on a group of small-time gamblers in Prohibition-era New York City, Guys and Dolls was first seen on Broadway in 1950, winning five Tony Awards on its debut run, including Best Musical. There have since been numerous international revivals, as well as a 1955 film adaptation starring Marlon Brando and Frank Sinatra.

‘It was clear that [Carlos is] a man of great vision, great integrity and an amazing collaborator’, says Guys and Dolls director Gordon Greenberg. ‘So although this is really his first musical, he’s made for musicals.’

Guys and Dolls follows Carlos’s first full-length work for The Royal Ballet, Don Quixote, which had its premiere  in October 2013. Carlos’s fresh take on Marius Petipa’s classic ballet will return to Covent Garden in November 2014, as part of The Royal Ballet’s upcoming 2014/15 Season.