Carlo Bergonzi: A look back at his Covent Garden performances

The great tenor was renowned for his Verdi performances with The Royal Opera. 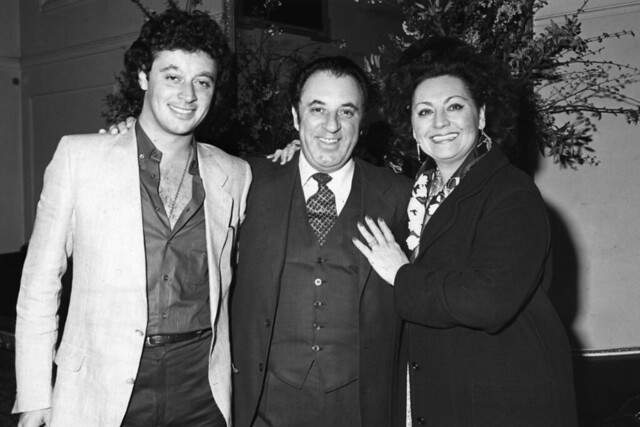 Carlo Bergonzi (1924–2014) was one of the great lyric tenors. He brought to his performances an ease of vocal phrasing, exceptionally clear diction and a breathtakingly smooth legato. He was pre-eminent interpreter of Verdi roles, a fact reflected in his many roles at the Royal Opera House.

Bergonzi made his Royal Opera debut in 1962, starring as Don Alvaro in Sam Wanamaker’s production of La forza del destino under Georg Solti, with Floriana Cavalli and Renato Capecchi.

He returned to Covent Garden in 1965 to sing Manrico in the first revival of Luchino Visconti’s production of Il trovatore with Gwyneth Jones, Fiorenza Cossotto and Peter Glossop, under Carlo Maria Giulini.

Bergonzi returned twice to The Royal Opera in 1975, to sing in La forza del destino with Gilda Cruz-Romo and Geraint Evans under Edward Downes, and in Un ballo in maschera with Cruz-Romo and Sherrill Milnes under Downes. In 1977 he performed Cavaradossi, singing with Galina Vishnevskaya and Glossop.

Bergonzi made his next Covent Garden appearance in 1978, singing in Il trovatore with Arroyo and Franco Bordoni under Downes. In 1981 he marked the 30th anniversary of his stage debut as a tenor singing Nemorino in L'elisir d'amore. Later that year he sang Rodolfo in a revival of Filippo Sanjust's production of Luisa Miller, with Katia Ricciarelli under Pinchas Steinberg.

Bergonzi's made his final Royal Opera appearance in 1985, singing Edgardo opposite Joan Sutherland in her final performances in the title role of Lucia di Lammermoor. Their performances were highly acclaimed, and on the final performance the cast were showered with bouquets, which they either threw back to the audience or into the pit. Speaking a few months later, Bergonzi recalled 'At Covent Garden I had the great satisfaction, at my age, of having an optimal success.'

This article has been categorised Opera and tagged Carlo Bergonzi, Joan Sutherland, obituary, The Royal Opera