Renowned heldentenor was one of the 20th century’s greatest opera singers, and appeared at Covent Garden scores of times. 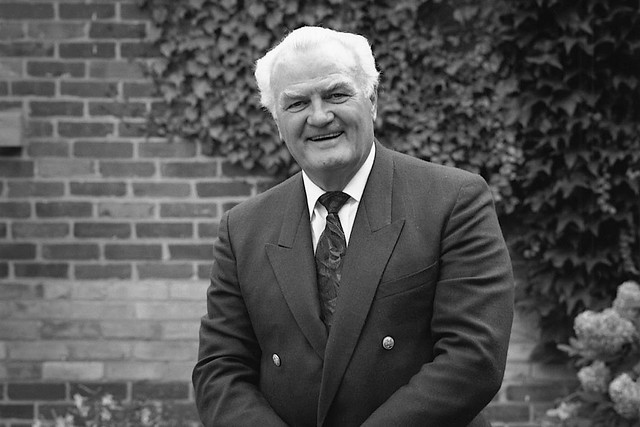 We have received the following message from Jon Vickers’ family – our thoughts are with them:

‘It is with great sadness that we announce the passing of our father, Jon Vickers, after a prolonged struggle with Alzheimer’s disease. He is survived by one sister, his five children, 11 grandchildren and two great grandchildren. His family and dearest friends remember him for his ringing laughter, warmth, and generous spirit. A man of the land who was the most at home on his farm, surrounded by nature and his family, he had an abiding search for the truths and essences of life.

Born, October 29, 1926, in Prince Albert, Saskatchewan, Jon was the sixth of eight children. The Canadian-born heroic tenor was one of the greatest opera singers of the 20th century. He performed opera’s most demanding roles, Tristan, Siegmund, Parsifal, Otello, Aeneas, Peter Grimes and more, with searing vocal intensity and powerful dramatic interpretation; his performances are still recalled to this day. Vickers was a deeply religious and private man. From small-town, rural Saskatchewan to a celebrated career on the world’s major stages he was regarded for his powerful stage presence and his deeply thoughtful characterizations. He possessed a uniquely powerful and distinctive voice, which when combined with his superior acting ability, made him one of the most exciting operatic artists of his time.

In 1950 he was awarded a scholarship at The Royal Conservatory of Music in Toronto, where he studied for five years. Invitations soon followed to sing in New York concert performances of Fidelio and Medea and, in 1956, to audition for David Webster of the Royal Opera House, Covent Garden where he made his debut as Gustavis III (Riccardo) in 1957. He also sang Don José and Aeneas in Berlioz' Les Troyens and in 1958, added Verdi’s Radames to his repertory. That same year he sang Don Carlo in Luchino Visconti’s famous production conducted by Carlo Maria Giulini, debuted at the Bayreuth Festival as Siegmund, appeared as Samson in Handel’s oratorio and performed Jason to Maria Callas’ Medea at Covent Garden. Vickers 1958 Bayreuth debut as Siegmund in Die Walküre launched one of his signature roles and an international career destined to extend well over 3 decades. In 1959 he was invited to the Vienna Staatsoper with Herbert Von Karajan and made his San Francisco debut.

He joined the Metropolitan Opera in New York in 1960, (debuting as Canio in Pagliacci), where he sang a wide range of German, French and Italian roles for more than 25 years. In Un Ballo in Maschera, Carmen, Don Carlo, Aïda, Peter Grimes, Fidelio, Otello, Tristan, and especially in Les Troyens as Aeneas, he was highly praised by the world's major critics. Indeed, in his London appearance as Aeneas - a role Vickers later said was ‘written for a tenor who didn't exist’ - he met the lyric-dramatic-spiegal demands with such remarkable skill that reviewer Jacques Bourgeois described him as the most heroic tenor to come forward since Del Monaco. Enormous successes then followed at Dallas, Vienna, Milan and Buenos Aires, placing his outstandingly dramatic heldentenor talent in great demand.

Reviewers reveled in metaphoric descriptions of Vickers' unique voice: ‘towering’, ‘achingly beautiful’, ‘of clarion power’, ‘tireless’, ‘ringing with truth’, ‘holding a hundred colors and inflections’ (critic John Ardoin 1971) or Herbert Breslin’s comment, ‘An iron column that weeps tears.’ After one 1964 Bayreuth performance of Parsifal, Peter Diggins wrote that ‘the audience gasped at the sheer beauty of the Canadian's voice.’ Criticized at times for seeming to sacrifice a beautiful note for the sake of character development, Vickers claimed that his approach to acting ‘hung on the music, absolutely - everything I do as an actor I find a motivation for in the music.’ His robust, powerful voice was admirably equipped to transport the listener to the shadowy realm of Wagner, and his interpretive insights remain a standard to which other tenors strive. The 20th century’s leading conductors, (including Herbert von Karajan, with whom he made many recordings, including Tristan, Otello, Die Walkure, Fidelio, Carmen and Pagliacci), repeatedly returned to his vocal (and physical) suitability for such heroic roles, calling on his rare abilities to read a composer's deepest personal intentions, and his unique capacity to reveal these dramatic dimensions. 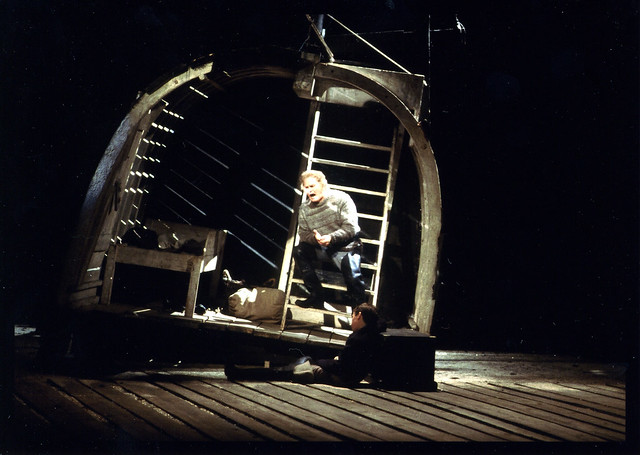 Vickers' distinctive portrayal of Britten’s Peter Grimes offered the opera world an unprecedented sensitivity towards, and an historic interpretation of a wronged human soul’s slide into insanity and is among the roles for which Vickers is best remembered. ‘The meeting of character and singer,’ critic Leighton Kerner said of Vickers' Grimes, "has proved to be one of the mightiest collisions in 20th century opera.’

In great demand internationally for three decades, Vickers sang in Ottawa's Christ Church Cathedral at the funeral of his friend John Diefenbaker in 1979 and in 1984, performed Peter Grimes in Toronto. In 1988 he announced his retirement and gave his final performance in a concert version of Act II of Parsifal at Kitchener's Centre in the Square, although in 1998 he did return to Canada from Bermuda (his home since 1973) to perform Strauss's Enoch Arden for spoken voice and piano at the Montréal Chamber Music Festival.

Vickers was a recipient of many honors and awards and held seven honorary degrees, two Grammy awards and in 1969, was invested as a Companion of the Order of Canada. Receiving the Molson Prize in 1976 and the Evening Standard Award in 1978, he was named to the Academy of Vocal Arts Hall of Fame for Great American Singers in 1985.

‘Art is a wrestling with the meaning of life,’ Vickers once said. Since society no longer resists ‘the pull of success,’ it can no longer ‘define or draw a line between what's art and what's entertainment.''

This article has been categorised Opera and tagged Jon Vickers, obituary, tenor

This article has 63 comments