Butterfly’s Nagasaki: The Japanese city in life and art 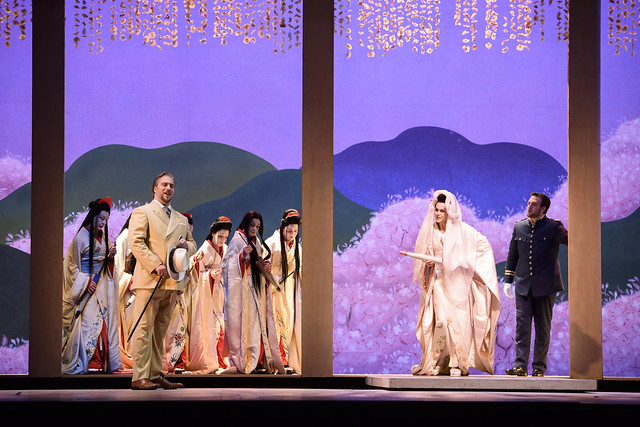 Nagasaki is known to the world for the worst of reasons. But the tragic events of 9 August 1945 often obscure the rich history of one of Japan’s most traditionally cosmopolitan cities. It makes the perfect setting for Puccini’s Madama Butterfly – a work that, unusually, reflects the realities of Nagasaki of the time.

Unusually for a Japanese city, Nagasaki was built around foreign interaction. In the mid-16th century, Portuguese missionary traders made the first European contact with Japan, and they did so in Nagasaki. The city was then a small fishing enclave, but, boosted by burgeoning European trade, it soon expanded. However, in 1633 the Tokugawa shogunate passed official decrees that effectively cut Japan off from the outside world: no international trade, no Western foreigners and absolutely no Christianity (which had gained a small following in the south) – on pain of death.

But an exception was made for Nagasaki. A small contingent of Dutch traders were relegated to the tiny manmade island of Dejima in the Nagaski bay. Allowed to come ashore once or twice a year in heavily-monitored missions, they traded with and through Nagasaki. The city itself, on the southern island of Kyushu and over 1,000 km from the capital Edo (now Tokyo), was deemed distant enough to dissipate and control any foreign influence.

Everything changed when Commodore Matthew Perry sailed his ‘Black Ships’ armada into Tokyo Bay in 1853 and 1854, demanding through gunboat diplomacy that Japan open up to international trade. After an intense period of domestic civil upheaval, 1868 brought the Meiji Restoration, and a new Japanese government that voraciously absorbed (and imposed) all the Western knowledge it could in an attempt to modernize rapidly. 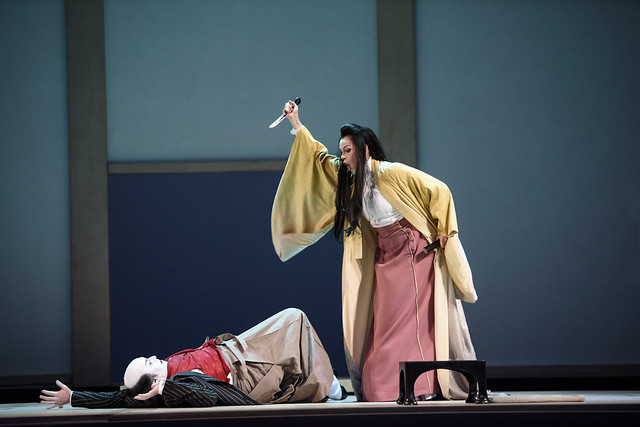 While much of the country remained off-limits, Nagasaki – historically equipped to handle foreigners – proved an ideal port from which to conduct international trade and to host the foreigners overseeing it. For the first time, Westerners were able to experience Japanese culture in a tangible, meaningful way. The two populations cautiously began to intermingle.

It was through this initial exposure in Nagasaki that the japonisme movement in Europe exploded, presenting an idealized, often fantastical, version of Japan and its culture. But there also came true and fictionalized narratives of life in Nagasaki itself, by then a world-wide hub of trade and foreign interaction. One was John Luther Long’s novella Madame Butterfly, based on a true story told to him by his sister, a missionary based in Nagasaki.

A foreign naval officer fathers a child with a Japanese woman and disappears. This is not the comic farcical plot of The Mikado: this was a reality in Nagasaki of the time. And more often than not, the result was tragedy: mother and child often faced vicious criticism and ostracism. Trading with and learning from foreigners was accepted: physical relations beyond were not. Foreign men came and went, while their partners and offspring suffered the harsh consequences.

Puccini’s Madama Butterfly presents very real subject matter; the protagonists had many real-life counterparts in Nagasaki. The opera transcends the typical japonisme elements of cherry blossoms and geisha, to tell a sobering truth behind the fantasy of Japan – with all the intense excitement, joy and sorrow of cosmopolitan life in late 19th-century Nagasaki.

Jesse Bia is the ROH Student Ambassador for University College London. He is a PhD Student specializing in the anthropology of Japan and a Visiting Researcher at Osaka University.