Find out more about the musical gems that map Benjamin Britten’s genius as a composer. 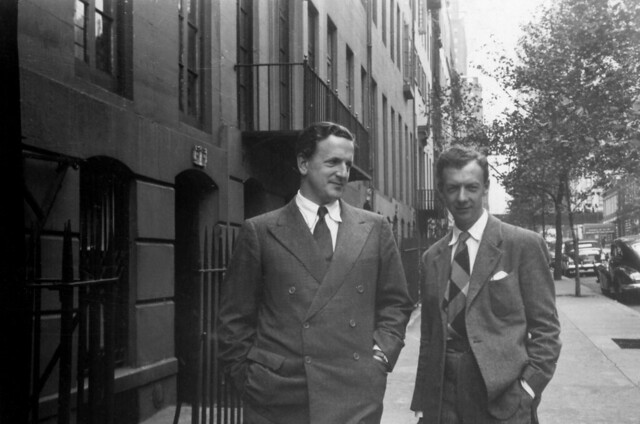 Britten’s five Canticles will be performed together in a new production that opens tonight (Wednesday 10 July), marking 100 years since the composer’s birth.

Watch Ian and Julius in rehearsal, discussing what makes The Canticles special and the challenges that lie in performing them:

The Canticles, written over a thirty-year period from 1947 and 1974, were created in parallel with some of Britten’s most iconic operas, including Billy Budd and Turn of the Screw. Performed together, they present a powerful map of Britten’s life and his musical style. Find out more about each of The Canticles.

Listen to an extract of Canticle I:

'There's a lot of struggle you can hear in the music, but in a way it's looking forward to what their [Britten and Pears's] relationship became later on,' says Ian about Canticle I, 'but at the very end, there is this incredible marriage of minds.'

The production premiered at the Brighton Festival in May earlier this year.  Read a review.

You can find out more about Britten's life on BBC Radio 3, where he was featured on Composer of the Week:

Britten’s Canticles run in the Linbury Studio Theatre from 10 – 12 July 2013. All dates are sold out, though returns may become available.