Brilliant and bizarre: the extraordinary life of Richard Wagner

Loved and hated in equal measure – if there was a character like Wagner in one of his operas, you might think him too far-fetched. 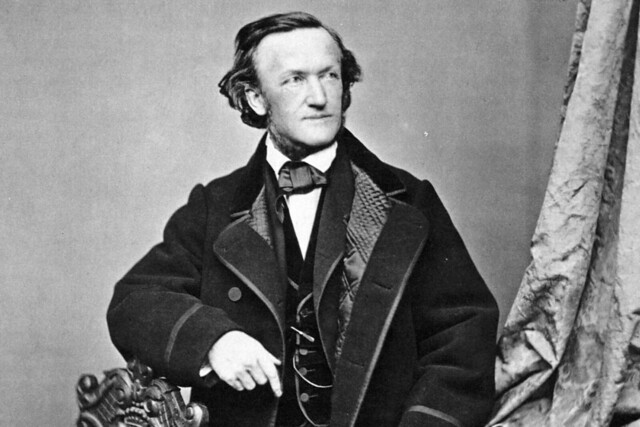 Richard Wagner is a controversial figure. Loved and hated in equal measure, this 19th-century German composer created some of the most iconic and influential operas ever written. From The Ride of the Valkyries to The Bridal March in Lohengrin, everyone knows a bit of Wagner, even if they don’t realize. And elements of the life of the man himself are just as extraordinary as the music he composed.

Wagner loved to go walking and hiking, exploring the natural landscapes around him. But unlike most Sunday strolls, Wagner’s walks included hiking up mountains and along perilous chasms. He captured the sounds and atmospheres in music, whether it’s Brunnhilde’s rocky summit in Die Walküre, the twittering woodbird in Siegfried, or the shepherd’s horn in Act III of Tristan und Isolde.

Wagner also captured nature at its most tempestuous in the storms that open Der fliegende Holländer – inspired by a hasty boat journey from Riga, fleeing from creditors with his first wife Minna and their enormous Newfoundland dog in tow.

Like all things, Wagner took this love of animals to an extreme. He is buried with his one of his favourite dogs at his feet, and described another as ‘an enchanted prince’. He would refuse to compose without his beloved pooch Pep beside him, playing compositions to him to get his approval. He kept a parrot, and by the end of his life had become a vegetarian (very unusual at the time). At one point he and Minna misguidedly attempted to keep a pet wolf cub; this was unsurprisingly unsuccessful.

Whether it was walking in fresh air or ‘taking the waters’, Wagner used nature as a remedy for his various illnesses, which included erysipelas (a painful skin infection) and irritable bowel syndrome. He attended spas and took them very seriously (though his companion Karl would sneak off to the village to get cream puffs). These relaxing times were an inspiration for him and it was during these retreats that he conceived several operas – Das Liebesverbot, Tannhauser and Die Meistersinger von Nürnberg. Even the idea for Lohengrin came to him when he was in the bath.

Water imagery is important in many of his operas, whether Amfortas’s healing bath in Parsifal or Lohengrin’s mysterious arrival over the water. The entire Ring cycle begins with a watery scene at the bottom of the Rhine, though this swirling orchestral passage had less noble beginnings: according to Wagner himself, the opening of Das Rheingold came to him during an attack of dysentery caused by eating too many ice creams on holiday. (Luckily, this is a fact that's easily forgotten when listening to the music.)

Wagner always had a penchant for over-indulgence and a taste for the finer things. He said of himself: ‘I am a different kind of organism, I have hyper-sensitive nerves, I must have beauty, splendour and light. The world ought to give me what I need!’ For Wagner, it was all or nothing. His clothes were covered in rosettes and tassels even when he was at home composing, he read French fashion magazines, and he preferred to wear silk underwear. The philosopher Nietzsche even bought this underwear for him, saying ‘once you’ve chosen a God, you’ve got to adorn him!’ His patron King Ludwig II set Wagner up in an apartment in Munich, which Wagner filled with satins, silks and perfumes. People were quick to compare Wagner to a former King’s mistress, set up in her own luxurious palace. You can hear this love of luxury in his lush orchestral scoring, from Tristan und Isolde to Die Meistersinger von Nürnberg. 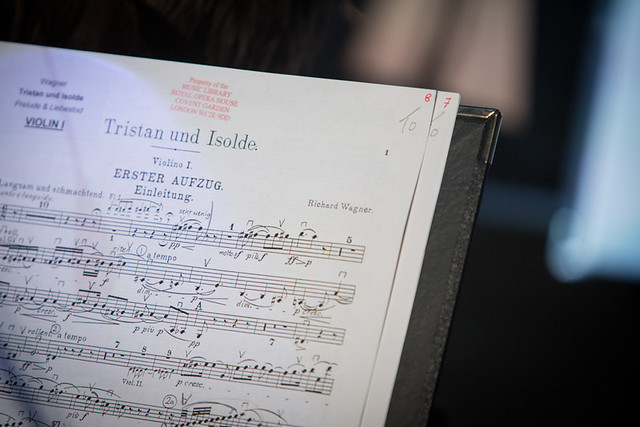 His preference for silks and soft furnishings was scandalously revealed when letters to his designer were published, leading to caricatures spoofing ‘Frou-Frou-Wagner’. Such was his renown that he was the subject of numerous cartoons in his lifetime, and almost everyone in the music world had something to say about him. Russian composer Tchaikovsky said after the premiere of Götterdämmerung, ‘With the last chords… I felt as though I had been released from captivity’. On the other hand, Liszt wrote ‘There is in contemporary art one name that is already glorious and will be more and more so: Richard Wagner’.

Wagner was a revolutionary, pushing music further than it had gone before and inspiring countless other composers. He was always an ambitious idealist. When he was only 13 he wrote a play and wanted it to be set to music, before he had even had a music lesson. And in his later years he realized a burning desire to build his own ideal opera house in Bayreuth, with the first foundation stones laid on his 59th birthday.

But his ambitious, competitive nature had a sinister side: his initial respect for the blockbuster opera composer Giacomo Meyerbeer, for example, turned to sour resentment, criticism and racism when Wagner found himself embarrassed by the premieres of Rienzi in Berlin and Tannhäuser in Paris, which Meyerbeer had been instrumental in mounting. Wagner published a vicious attack on Meyerbeer, fellow Jewish composer Felix Mendelssohn, and on Jewish people in general, in an openly anti-Semitic essay titled ‘Das Judenthum in der Musik’ (or ‘Judaism in Music’). While not new, and not peculiar to Wagner, these hostile anti-Semitic opinions continue to throw a considerable shadow over the composer's character and his work. 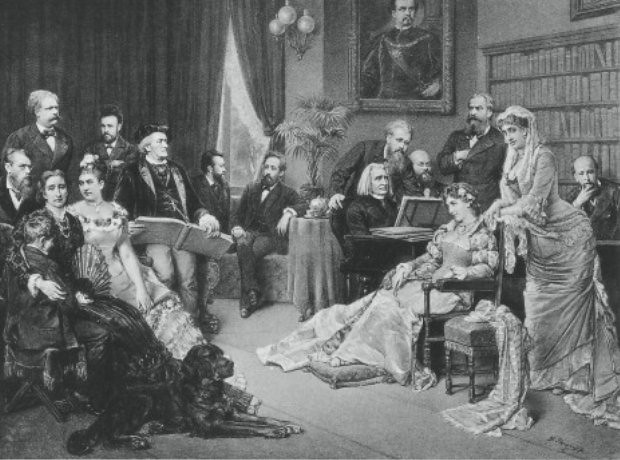 Wagner could be selfish, using people to achieve his grandiose ambitions. Even his own brother wrote to him: ‘I am used to seeing you respect people only if and as long as they can be of use to you… Whilst I greatly love and esteem your talent, it is just the opposite with regard to your character’.

In spite of this, his numerous love affairs and relationships suggest that he must have been charismatic. His second wife, Cosima, was previously married to Hans Von Bülow, who just happened to be Wagner’s friend and conducted the premieres of Tristan und Isolde and Die Meistersinger von Nürnberg. When they divorced, even Von Bülow said ‘You are determined to devote your life to a man much greater than myself; I must admit your choice is right’. Otto Wesendonck continued to support Wagner financially, even after it was discovered that Wagner and Otto’s wife Mathilde had been sending each other secret letters. The love triangle between Mathilde, Wagner and his wife Minna was the inspiration for Tristan und Isolde and several other Wagner operas are scattered with deceptive relationships, such as Siegfried unknowingly drinking a love potion in Götterdämmerung or Kundry disguising herself to seduce Parsifal. 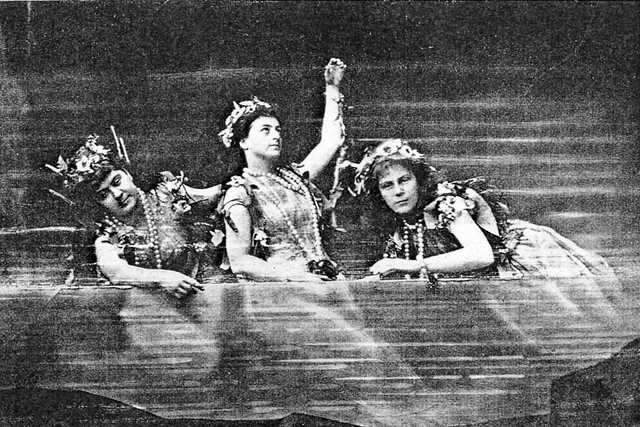 Above all, Wagner maintained strong relationships with his singers and performers – one of the original Rhinemaidens, Lilli Lehmann, described him as ‘goodness and consideration itself to all his artists’, but it was a conductor, Hermann Levi, who predicted Wagner's lasting success: ‘Posterity will some day acknowledge that Wagner was as great a man as he was an artist.’

This article has been categorised Opera and tagged Lohengrin, opera, Production, Wagner