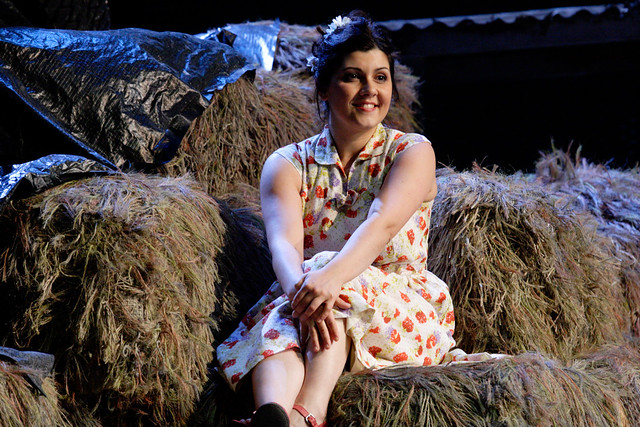 The competitors for this year's BBC Cardiff Singer of the World have been announced.

The biennial competition has been running since 1983 and sees 20 finalists from around the globe sing for the title of the world's greatest singer. Each year hundreds of young singers enter, aspiring to reach the finals in June. During the competition well over 100 pieces of music are performed including operatic arias, solo arias from sacred works and songs, all with orchestral accompaniment. The prize is awarded by a jury including Kiri Te Kanawa.

Jette Parker Young Artist Susana Gaspar is one of this year's finalists, competing for Portugal. In her time with The Royal Opera since 2011, she has appeared in many roles, including as Giannetta in L'elisir d'amore. During the rest of the Season she will sing the role of Papagena in Die Zauberflöte and cover the role of Mimì in La bohème. Read our interview with Susana about her role in L'elisir d'amore and experiences as a Young Artist.

Find out about the other finalists

The competition runs from 16 - 23 June and will be broadcast on the BBC. Season ticket booking is now open, through the BBC's Cardiff Singer of the World website.