Baton bashing: When videogame music and classical music come together

From Tetris and Mario Bros. to Call of Duty and Bioshock, videogames have long used classical music to soundtrack on-screen adventures. 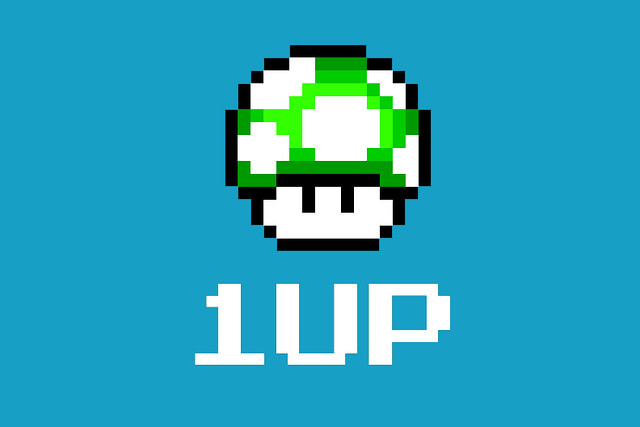 A 1-Up graphic from Super Mario Bros. Courtesy Creative Commons

It was the melody that soundtracked the callusing of two hundred million thumbs: in June 1984, iconic pixellated puzzler Tetris was released, and quickly became the biggest selling game of all time. The world immediately went button-bashing mad, with Tetris fans' on-screen exploits accompanied by the electronic blips of Russian folk tune Korobeiniki. Before the mid-1980s, Korobeiniki's melody was unknown outside the USSR, but as Tetris-fever took hold worldwide during the era of glasnost, Korobeiniki would become the ditty that launched an entire genre – that of video game soundtracks. 'It was very embarrassing for me', creator Alexey Pajitnov remembered 30 years later. 'When kids of the world hear these pieces of music, they start screaming: "Tetris! Tetris!". That's not very good for Russian culture.' To add further insult to injury, the later NES release of Tetris would pillage a far loftier example of Russian music – Tchaikovsky's 'Dance of the Sugarplum Fairy' from The Nutcracker.

In the 1980s videogame boom, programmers were falling over themselves to soundtrack their 8-bit creations with chiptuned arrangements of western classical music. In suburban arcades, Mario Bros. blared out the first movement of Mozart's Eine kleine Nachtmusik as gamers frenziedly scrambled for the next fist-full of change; Atari's Battlezone offered an earsplitting rendition of Tchaikovsky's 1812 Overture to those whose initials graced the hallowed 'hall of fame' screen. Even the baroque strains of J.S. Bach got a digital makeover — his Toccata and Fugue in D minor fizzed and fuzzed in the background of Battle of Olympus. Aside from programmers indulging their personal music tastes, there were practical reasons why programmers turned to classical music: turning to out-of-copyright works saved already slender budgets, phrases or motifs from classical music could easily be turned into memory-saving loops, and using pre-existing music ultimately saved time (at a premium in the rush-'em-out boom of this era).

As technology improved and videogames became increasingly sophisticated in structure and narrative, publishers began to commission increasingly rich scores, as well as draw upon classic orchestral recordings to soundtrack their games (Wagner fans may be interested that this era spawned a game inspired by the Ring Cycle, complete with recordings conducted by Georg Solti). When it came to original composition, Nintendo's 'Legend of Zelda' franchise led the way in the mid-90s with impressive-at-the-time MIDI arrangements, but it was the arrival of the CD that was the real game-changer. Unhampered by the technical limits of Nintendo's cartridge format, CD-based fifth-, sixth- and seventh-generation consoles including Sony PlayStation and Xbox were able to offer truly lush orchestral soundtracks to rival those of films, often recorded with some of the world's top orchestras – to date the London Symphony Orchestra has recorded soundtracks for 'Call of Duty', while the Los Angeles Philharmonic recorded music for Bioshock 2. Such is the love for these scores in gamer circles, that a number of orchestras play live concerts devoted to these works. Alongside more traditional concert hall performances, recording videogame music and performing  it live has become important for many modern symphony orchestras.

It's against this backdrop that some young classical composers are beginning to draw upon videogames for new works performed in concert halls and opera houses. Award-winning composer Matt Rogers (aka Gameshow Outpatient) is one example. Matt has released an album and EP of chiptune music, and his new opera The Virtues of Things incorporates subtle references to videogame music within an orchestral framework:

'I developed a lot of the rhythmic and gestural language in my classical music while writing chiptune music. I was inspired by my love of early computer games, specifically those for the ZX Spectrum', he says. 'Tim Follin's soundtrack to a game called Chronos had a profound effect on me – the ZX Spectrum didn't output its sound through the TV speaker like modern consoles, but through a tiny speaker under the front edge of the machine. I spent many hours with the whole computer held up to my ear so I could hear the music better!'

With the videogame starting to be accepted as an art form, it stands to reason that – just as opera and classical music have historically been influenced by other art forms including visual art and literature – the art of the future may draw creative inspiration from games. Now, what would Tetris creator Alexey Pajitnov make of that?

What are your favourite videogame soundtracks?