Ballet's secret role: What is a ballet notator and why are they vital?

Dancers and choreographers may be household names, but without notators, your favourite classic ballet would no longer exist. 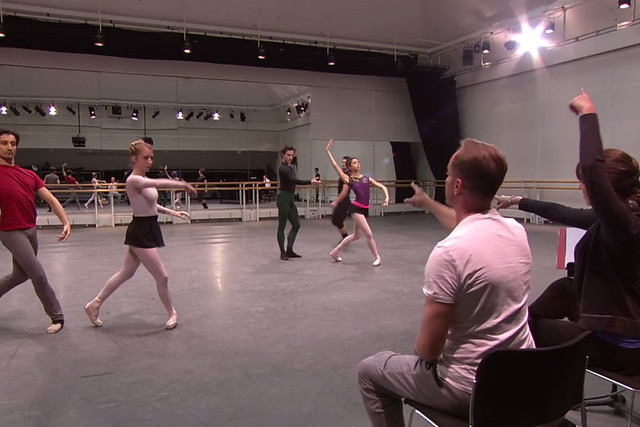 Have you ever wondered how The Royal Ballet stages so many different productions in one Season? How they are able to prepare ballets by choreographers as stylistically diverse as Frederick Ashton, Kenneth MacMillan and Wayne McGregor? And how do they get the Company up to performance standard so quickly and efficiently? Much of this can be put down to The Royal Ballet's team of notators.

The Royal Ballet's notators use a system called Benesh Movement Notation (or BMN for short) to preserve ballet repertory on paper. The notators create a BMN score that is an exact record of the dance – visually it looks similar to the musical score used by the orchestra conductor. When a ballet returns for a revival, notators will prepare the dancers for rehearsals by studying the BMN score. They are then present throughout the rehearsal period, using the score not simply to teach the basic steps, but to clarify musical details, check that props are being handled correctly and ultimately to ensure that the choreography and staging remains as close to the original as possible.

At the same time as restaging old work, notators will often be involved in the creation of new ballets. Gregory Mislin joined the notation department for the 2014/15 Season, and worked with choreographer Liam Scarlett during rehearsals for The Age of Anxiety, which had its world premiere in November 2014. During rehearsals he made copious notes on every minute element of the choreography, notes he subsequently used to write up the master BMN score of the ballet. After the frenetic pace of rehearsals, during which the entire focus is on perfecting the ballet for performance, the process of writing the work up using BMN is a lengthy one. With each step and every musical nuance needing to be clarified, it can take up to two months to write a one-act ballet in full.

Gregory used his completed master score to reteach and refresh The Age of Anxiety to the dancers before the Company toured the ballet in the USA. Without this resource, the process would not only take considerably longer, but choreographic detail, essential to the company’s heritage, would risk being lost.

BMN has been in use by The Royal Ballet since its creation in the 1950s by Joan and Rudolf Benesh (the former a dancer with Sadler’s Wells Royal Ballet; the latter – her husband – a mathematician and artist). In 2015 the Company offered a work experience placement in the notation department, offering a trainee the chance to immerse themselves in the entire process of notating a ballet. Read an extract from the diary of last year’s work experience student.

The majority of large ballet companies worldwide use BMN in some form, be it through employing full-time notators on their staff or through inviting freelancers in to stage particular works. Currently, training in BMN is offered only by The Benesh Institute in London and The Conservatoire of Paris (CNSMDP) in France. While notation departments such as that at The Royal Ballet are well-established, and their work essential, notation can often seem obscure to members of the audience. Find out more about Benesh Notation.