Darcey Bussell and David Pickering are among those from the world of dance honoured in the New Year Honours list 2018. 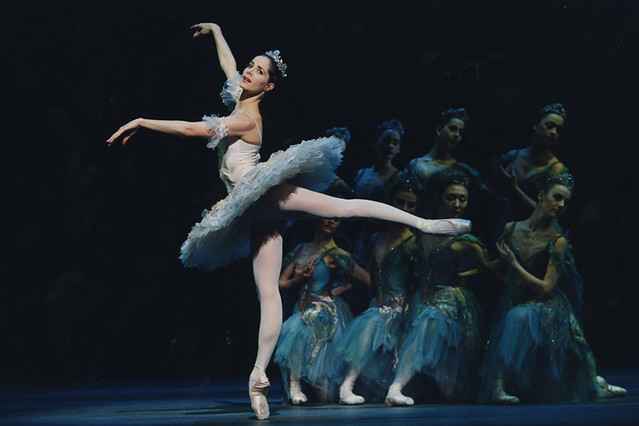 Notable figures from the world of dance and the arts have been recognized in the 2018 New Year Honours list.

Former Principal Dancer of The Royal Ballet Darcey Bussell is awarded a damehood (DBE) for Services to Dance. Bussell joined The Royal Ballet in 1988 and was promoted to Principal in 1989. She danced with the Company for almost 20 years, and is now regularly seen presenting our live cinema relays.

Promoter Lilian Hochhauser – one of the impresarios behind the regular summer residencies at Covent Garden by Russian ballet companies including the Bolshoi and Mariinsky – becomes a Commander of the Order of the British Empire (CBE) in recognition of her Services to the Arts and Cultural Relations.

Education Administrator of The Royal Ballet David Pickering is awarded an MBE for Services to the Arts and Education. Pickering joined The Royal Ballet in 1990 and danced with the Company until he retired from dancing in 2014. He became Education Administrator in 2008 and now works with the Royal Opera House's Learning and Participation team and regularly takes part in education workshops and outreach programmes.

Nicki Spencer is awarded the British Empire Medal (BEM) for services to the arts in London following a career of 44 years at the Royal Opera House, working 22 of those years as House Manager.

Among the 1,123 people honoured this year, other well-known figures include author Michael Morpurgo and musician Ringo Starr who both receive a knighthood. Broadcaster Melvyn Bragg joins the Order of the Companion of Honour for Services to Broadcasting and the Arts.

This article has been categorised Awards and tagged