Our quick guide to Wayne McGregor's first full-length ballet for The Royal Ballet, inspired by the writings of Virginia Woolf. 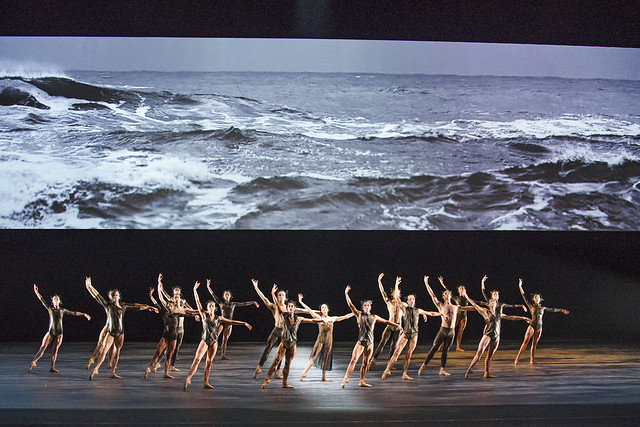 Virginia Woolf was an English writer and modernist icon whose works defied the narrative conventions of her time, and continue to provoke powerful responses today. Deeply engaged with a wide range of art forms, Woolf was particularly fascinated by dance and absorbed its language into her creative process. Her writings, imbued with movement and feeing, have in turn inspired Wayne McGregor in the creation of Woolf Works about her life and work.

Woolf’s shifting, non-linear writings conflate multiple perspectives, feelings and moments into new, abstract narratives. In keeping with this collaging of ideas, Woolf Works draws on three of Woolf’s best loved novels – Mrs Dalloway, Orlando, and The Waves – as well as her own life and experiences. The result is a ballet that re-creates Woolf’s heightened world, as dramaturg Uzma Hameed explains: ‘More than anything, we wanted watching the ballet to feel like reading Woolf – to convey the luminosity, sonorousness and poignancy of her world, the absolute modernity of her vision.’

For Woolf Works, McGregor commissioned a new score from the acclaimed British composer Max Richter. Richter is one of McGregor’s longstanding collaborators: together they’ve worked on the ballets Infra and Kairos, and on Richter’s chamber opera Sum. For Woolf Works, Richter combines orchestral forces with electronics to create a score that shifts between mesmerizing, perpetually unfolding musical material and thrilling surround sound.

McGregor is celebrated for his collaborative works that go far beyond established ballet conventions – and Woolf Works once again demonstrates his deep engagement with other art forms. In addition to Richter and dramaturg Hameed, McGregor’s creative team for the ballet includes dynamic set designs from architectural studios Ciguë and We Not I, lighting design by Lucy Carter, film designs by Ravi Deepres, sound design by Chris Ekers, costume designs by Moritz Junge and make-up by Kabuki.

Royal Ballet past and present

Woolf Works was McGregor’s first full-length work for the Royal Opera House main stage. Its premiere in 2015 received rapturous acclaim and four- and five-star reviews across the board. This, its first revival, is part of continuing celebrations to mark McGregor’s tenth anniversary as Resident Choreographer of The Royal Ballet. The two casts star former Royal Ballet Principal Alessandra Ferri, who created the role, and former Principal Mara Galeazzi, making her role debut.

The production is given with generous philanthropic support from David Hancock, Randa Khoury, Linda and Philip Harley, Victoria Robey, The Woolf Works Production Syndicate and an anonymous donor.