Our quick guide to The Royal Ballet’s mixed programme. 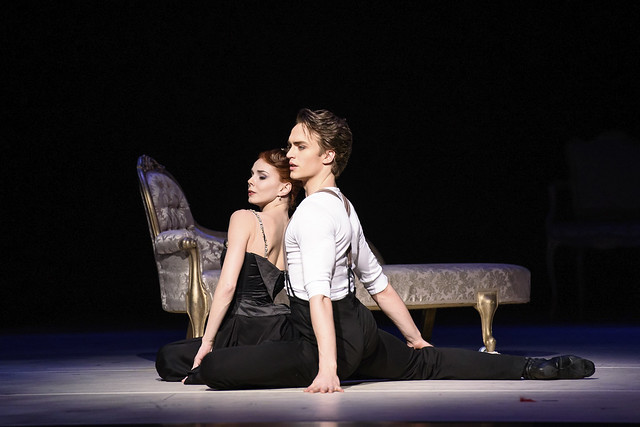 A mix of dances

The Vertiginous Thrill of Exactitude

William Forsythe has played a crucial role in re-shaping ballet for the 21st century; alumni of his Ballet Frankfurt company include choreographers David Dawson and Crystal Pite. The Vertiginous Thrill of Exactitude was created in 1996 for Ballett Frankfurt and is set to the final movement of Schubert’s Ninth Symphony. While it is notoriously difficult to dance, The Vertiginous Thrill is always perfectly in tune with Schubert’s graceful score. ‘People get involved with the steps’, Forsythe comments, ‘which are finally of absolutely no value without musicality.’

George Balanchine’s Tarantella packs a lot into its six minutes. This dizzyingly fast miniature, set to Louis Moreau Gottschalk’s delightful Grande Tarantelle, makes huge demands of its two dancers’ stamina even while they make it look as easy as a walk in the park. They flirt, leap, spin and even beat a tambourine before they scamper off again, arm-in-arm, as suddenly as they arrived.

When Amélie Gautreau commissioned John Singer Sargent to paint her portrait in 1883, both artist and sitter believed the work would ensure their fame. But Sargent’s painting of the glamorous socialite daringly depicted her with one strap fallen from her shoulder, which scandalized polite society. Amélie was ruined. Christopher Wheeldon’s 2016 ballet, revived here for the first time, re-creates the belle époque era of Amélie and Sargent, as well as their respective lovers. With a commissioned score by Anna Nicole composer Mark-Anthony Turnage, Strapless is the story of a scandal that rocked the art world.

Liam Scarlett has been drawn to Rachmaninoff’s music several times before – including for his 2012 work Sweet Violets for The Royal Ballet. ‘The more you listen to it, the more you realize its complexity’, he says, and for his latest Royal Ballet commission the choreographer has chosen to set the Russian composer’s magisterial Symphonic Dances as an abstract ballet for a large group of dancers. The key central role is shared by Zenaida Yanowsky, soon to retire from the Royal Opera House main stage, and Scarlett’s regular collaborator Laura Morera.