Everything you need to know about this mixed programme of great works by The Royal Ballet’s Founder Choreographer, Frederick Ashton. 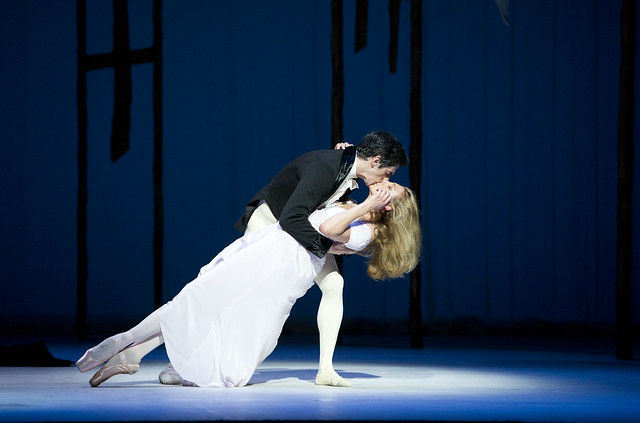 A showcase of a unique legacy

The Royal Ballet’s 70th Season at the Royal Opera House draws to a close with a mixed programme in celebration of the Company’s Founder Choreographer Frederick Ashton. Three varied ballets, each closely associated with The Royal Ballet, show the breadth of Ashton’s work and celebrate his unique legacy.

From narration to abstraction, and back again

Ashton was adept both at storytelling and at creating abstract choreographic responses to music. The Dream and Marguerite and Armand are narrative works, whereas Symphonic Variations is pure dance, inspired by César Franck’s beautiful orchestral work Variations symphoniques. But, different as the three works may be, Ashton’s distinctive ‘English style’ of choreography unites them all.

Shakespeare’s play A Midsummer Night's Dream and Mendelssohn’s sparkling music find their perfect counterpart in Ashton’s choreography for The Dream. Ashton condenses the plot into 50 minutes of feuding fairies, sprightly spirits, confused lovers and, of course, a man with the head of an donkey. The ballet is a masterclass of crystal-clear storytelling and brilliant characterization. The lead roles of Oberon and Titania were originally created for Anthony Dowell and Antoinette Sibley, who would go on to be leading lights in The Royal Ballet. The piece concludes with an exceptionally tender pas de deux of reconciliation between the two.

In 2016 The Royal Ballet celebrated 70 years in its Covent Garden home. Ninette de Valois’ classic production of The Sleeping Beauty was the first the Company performed in 1946 (and this staging was revived to mark the occasion earlier this Season), but just a few months later Ashton created the first new ballet choreographed for the Company at the Royal Opera House. Symphonic Variations is now acknowledged as one of the choreographer’s masterpieces. A cast of six dancers, who never leave the stage over the course of the work’s 20 minutes, together celebrate the beauty of pure movement.

As with Symphonic Variations, Ashton created Marguerite and Armand for his muse Margot Fonteyn – but his 1963 ballet took on a very different form, thanks in part to a recent arrival at Covent Garden. Two years after Rudolf Nureyev defected from the Soviet Union, his now iconic partnership with Fonteyn was beginning to get noticed. Ashton’s ballet tells the powerful, dramatic story of La Dame aux camélias by Alexandre Dumas fils, the same novel that inspired Verdi’s opera La traviata. It was the perfect work for these two great dancers to show their extraordinary chemistry, and they continued to perform it together for years. Its recent return to the Royal Ballet repertory confirms it as a ballet whose dramatic power continues to pack a punch.

The Dream / Symphonic Variations / Marguerite and Armand runs 2–10 June 2017. Tickets are sold out, but returns may become available. Further tickets are released for every performance on the preceding Friday in Friday Rush.

On 7 June 2017 the performance will be broadcast live and for free to outdoor big screens across the UK. Find your nearest screening.