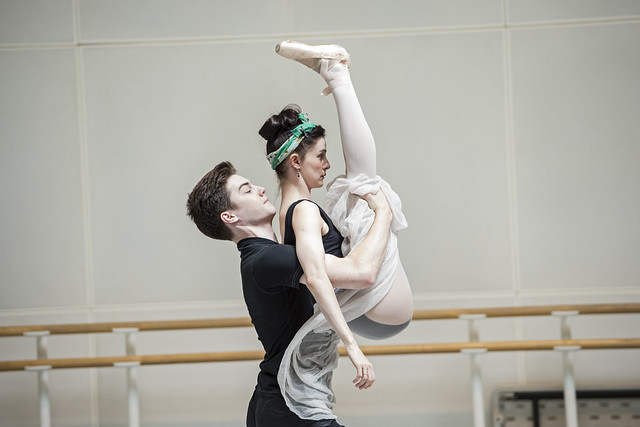 David Donnelly and Olivia Cowley in rehearsal for The Concert, The Royal Ballet © ROH/Bill Cooper, 2014

Fairy and Mortal Worlds Collide
Frederick Ashton’s The Dream received its premiere in April 1964, as part of The Royal Ballet’s celebrations for the 400th anniversary of the birth of Shakespeare. Based on A Midsummer Night’s Dream, the ballet captures the comic confusion that arises in the play as mortal and fairy worlds collide. However, it is more than a straightforward narrative. By drawing on the unique personalities and talents of his dancers – most notably Antoinette Sibley and Anthony Dowell as Titania and Oberon – Ashton created complex characters whose inner thoughts and feelings are brought to life through virtuoso choreography.

Mendelssohn’s Dream
The score for The Dream is the incidental music Felix Mendelssohn wrote for an 1842 production of the play, compiled and arranged by John Lanchbery to suit Ashton’s simplified version of the story. It demonstrates the composer’s unique gift for orchestration – from the lively Scherzo with its chattering woodwind and strings to the majestic brass in the famous Wedding March – and transports the audience to the ballet’s magical fairy realm.

Decoding ‘Connectome’
For his new ballet, choreographer Alastair Marriott was in part inspired by Dr Sebastian Seung's theories about 'connectomes'. A connectome is a comprehensive map of the connections in the brain. Re-creating and decoding this complex network can, Seung argues, unlock the workings of the mind, and help us examine the extent to which neural wiring shapes our very identity.

Science and Emotion
Marriott was inspired by the idea that a person’s memories, personality and intellect may all be determined by the make-up of their connectome. His choreography maps out four particular emotional aspects of life, which he derived from his interpretations of the four pieces by Arvo Pärt he selected for the ballet's score. Similarly, designs by Es Devlin, Bruno Poet and Luke Halls were influenced by both instinctive, personal experiences and the imagery and scientific theories linked to the connectome.

Master of both Ballet and Broadway
Choreographer Jerome Robbins's numerous ballets for American companies – including his 1956 The Concert for New York City Ballet – won him renown in the world of classical dance. But he was also equally talented and recognized as a choreographer and director for film, television and on Broadway, with some of his most popular works including the stage version and 1961 film of West Side Story and the musicals On the Town, Gypsy: A Musical Fable and Fiddler on the Roof.

A Comic Masterpiece
The Concert (or The Perils of Everybody) entered the repertory of The Royal Ballet in 1975. Set to a series of nine pieces by Fryderyk Chopin, the work depicts the quirks and reveries of a concert audience at a recital. Robbins allowed the music to define the personality and disposition of the ballet’s characters and took inspiration from programmatic names given to the pieces, such as the lovely ‘Butterfly’ Etude, to create a ballet full of wit, slapstick and genuinely laugh-out-loud moments, in what is generally agreed to be the funniest ballet ever created.