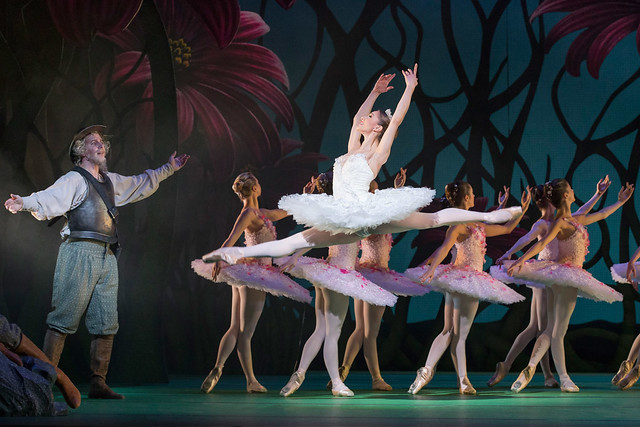 A Tale of Friendship, Love and Loyalty

This exuberant ballet is an adaptation of an episode from Miguel de Cervantes's classic picaresque novel of the Spanish Golden Age. The deluded knight Don Quixote – accompanied by his ever-faithful squire Sancho Panza – is on a quest for adventure and in search of his ideal chivalric lady, whom he believes to have found in an innkeeper’s daughter, Kitri. She, however, has her own problems, since her father wishes her to be married to a rich nobleman rather than her sweetheart, the penniless barber Basilio. Will Don Quixote help to set wrongs to right?

From Russia to The Royal Ballet

Nineteenth-century French choreographer Marius Petipa created the best-loved and most enduring version of Don Quixote in 1869 for the Bolshoi. In spite of its popularity in Russia, the ballet remained largely unknown in the West. Nearly a century later Rudolf Nureyev played a significant role in bringing the work to audiences worldwide; Vienna State Opera first staged his production in 1966 and, following revisions for companies internationally, it was eventually performed by The Royal Ballet in 2001.

Royal Ballet Principal Guest Artist Carlos Acosta has danced the virtuoso role of Basilio many times in his career. His colourful production of the ballet – Acosta's first for The Royal Ballet – opened the 2014/15 Season, and was acclaimed by audiences around the world on its cinema broadcast. Acosta collaborated with award-winning West End designers Tim Hatley and Hugh Vanstone, who contributed vibrant, eye-popping designs for their Royal Ballet debut.

Ludwig Minkus’s compositional output includes music for more than twenty Russian ballets, including La Bayadère. His score for Don Quixote is considered one of his most successful, and is cheerful, light-hearted and full of Spanish flair. Like many 19th-century Russian ballet scores, it has been revised many times since its creation, including in an arrangement for Nureyev’s production by John Lanchbery. Acosta’s production uses a new arrangement by Martin Yates, who also conducted the premiere.

Don Quixote’s large-scale female ensembles, such as the famous garden of the Dryads scene in Act II, were the foundation of the major corps de ballet scenes in Petipa’s later works – La Bayadère, The Sleeping Beauty and Raymonda. These ensembles, along with the famously bravura grand pas de deux between Kitri and Basilio in Act III, are highlights of this high-energy, gloriously entertaining ballet.

The production is generously supported by the Friends of Covent Garden.