A guide to The Royal Ballet’s exhilarating mixed programme. 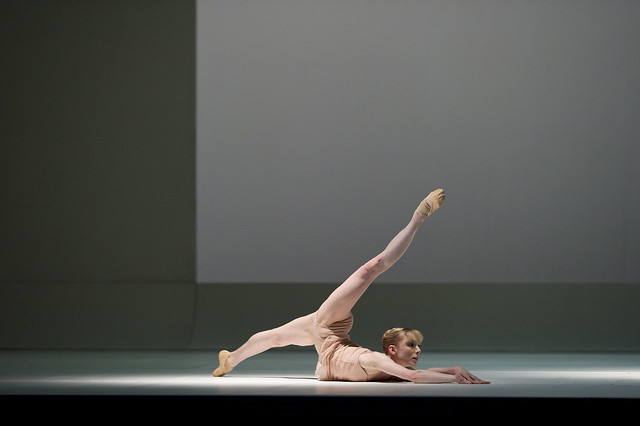 What’s in a Name?

The word ‘chroma’ can mean either intensity of colour or freedom from white. It is the second definition that inspired choreographer Wayne McGregor and designer John Pawson. Against an expansive, stark white set, the movements and contortions, groupings and colours of the dancers’ bodies in Chroma are strikingly highlighted and exposed.

Joby Talbot’s music for Chroma was inspired by a short musical fragment he discovered on his dictaphone late one night. From this was born a dynamic orchestral fanfare, Hovercraft, which composer and choreographer used as the basis for an electrifying score. Arrangements of Talbot’s own short pieces are woven together with his orchestrations of music by American rock band The White Stripes.

Former Royal Ballet School pupil David Dawson is one of Europe’s most sought-after choreographers. His works have been performed in more than 25 countries and have entered the repertories of many ballet companies. He is admired for his atmospheric and emotionally resonant choreography that draws on classical ballet idioms.

A New Ballet in the Making

In his first work for The Royal Ballet, Dawson has joined forces with two regular collaborators: set designer Eno Henze, whose work is often inspired by scientific and philosophical concepts, and costume designer Yumiko Takeshima, who is also a principal dancer with Semperoper Ballet. The specially commissioned score is written and performed live by electronic/post-classical artist Greg Haines.

The Rite of Spring

The 1913 premiere of The Rite of Spring in Paris provoked outrage, pushing its audience to the verge of rioting. In the century since that incendiary first performance Stravinsky’s explosive, driven score has lost none of its power to shock, and has inspired numerous ballets. Kenneth MacMillan’s 1962 Rite is the powerful version performed by The Royal Ballet today.

MacMillan created the role of the Chosen Maiden – the sacrificial virgin who must dance herself to death – on Monica Mason, then 20 years old. He had selected her for the part after seeing her unrestrained dancing at a disco. Since then the role, which demands extraordinary stamina, has been taken on by both male and female dancers.