Antonio Pappano on Quartett: ‘Written on Skin is a good reference for the beauty and harrowing intensity of Luca’s music’

Royal Opera House Music Director on why Luca Francesconi’s opera is not to be missed. 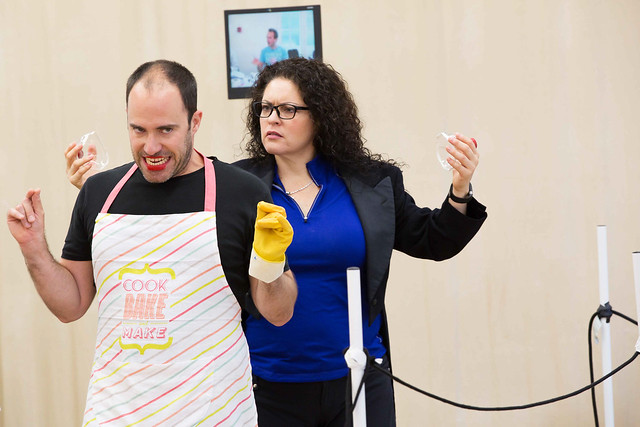 Luca Francesconi’s acclaimed Quartett opens in the Linbury Studio Theatre in a new production by John Fulljames on 18 June.

The opera, described by Antonio Pappano as a highlight of the Summer Season, depicts two characters – both lovers and sworn enemies – trapped in a post-apocalyptic world.

‘Luca Francesconi’s Quartett is a dramatic and shocking reinterpretation of Les Liaisons dangereuses for the 21st century,’ says Antonio. ‘We haven’t heard much of Luca’s music performed in London, but I’ve worked with him in Italy and this is a chance to see a work by a truly significant composer.’

The opera had its world premiere at Milan’s La Scala in 2011. It features two fiendishly difficult vocal roles, supported by a chamber orchestra and an ambitious electronic sound design.

Watch an interview with John Fulljames and Luca Francesconi about the production to find out more.

The production is a co-production between The Royal Opera, Opéra de Rouen and London Sinfonietta, and is staged with Generous philanthropic support from Mr Stefan Sten Olsson.