Antonio Pappano and Joyce DiDonato win at the Grammy Awards 2016 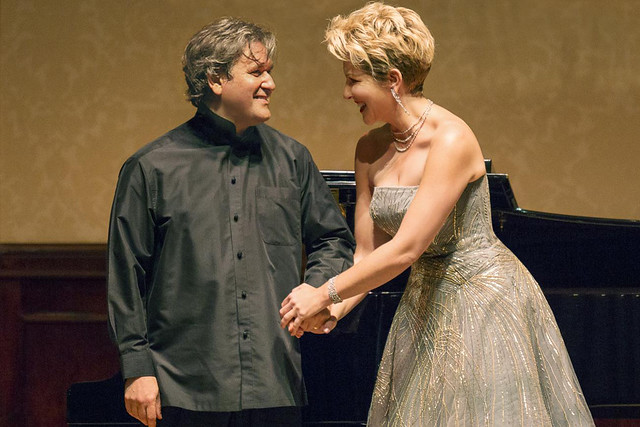 Music Director of the Royal Opera Antonio Pappano and American mezzo-soprano Joyce DiDonato have won a Grammy award for their album Joyce and Tony: Live from Wigmore Hall.

The pair were honoured with the Best Classical Solo Vocal Album 2016 at a ceremony held this week in Los Angeles.

The album was recorded at a performance at London’s Wigmore Hall in September 2014, where Pappano accompanied the mezzo-soprano on the piano. The set features songs reflecting the  artists’ Italian and American roots.

The Grammy awards are among the most prestigious in music and recognize success across the industry. See a full list of 2016 winners.

Later this Season, Pappano and DiDonato will perform at the Royal Opera House in Benoît Jacquot’s Royal Opera production of Werther.

Joyce and Tony: Live from Wigmore Hall is available to buy on CD from the ROH Shop.