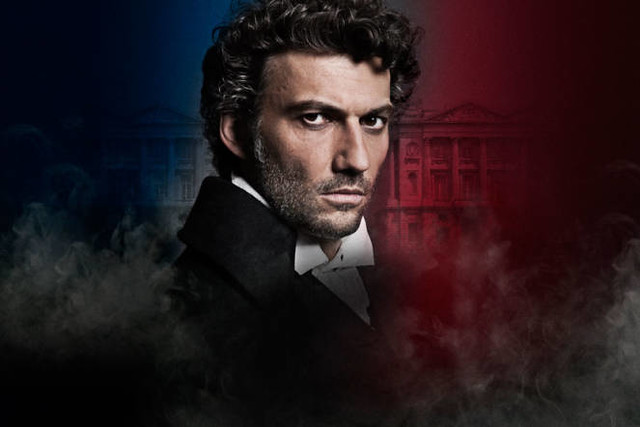 Italian opera of the fin de siècle is characterized by dramatic, fast-paced action. But there are also more lyrical sections, which provide us with an invaluable glimpse into the principal characters’ emotional lives. It is unlikely that we would care so much about Mimì and Rodolfo in La bohème if Puccini had not written Rodolfo’s passionate aria ‘Che gelida manina’ and Mimì’s tender response ‘Mi chiamano Mimì’ in Act I. Likewise, the charisma of Cilea’s actress-heroine Adriana Lecouvreur owes much to her radiant first-act aria ‘Io son l’umile ancella’. Giordano too opens up his main character through song, in the process rendering his hero Andrea Chénier irresistible – to us as well as to heroine Maddalena di Coigny – through the noble aspirations and yearning for love that he explores in the Act I ‘Improvviso’.

Chénier sings the ‘Improvviso’ (literally, an improvisation) in response to a flippant comment from Maddalena. He feels out of place at the Contessa di Coigny’s snobbish party, and when the Contessa and Maddalena ask him to recite a poem he refuses, telling them that the Muse cannot be commanded. Maddalena laughs mockingly at the Muse’s absence from the party. Chénier is roused to anger, and declares that she has wounded his soul. To sustained string and woodwind chords, he solemnly declares that Maddalena will now hear a poem about the meaning of love.

Accompanied by woodwind, solo strings and shimmering harp, Chénier gently recalls the beauty of a day in the countryside. The free-flowing style of the vocal line reminds the listener that Chénier is improvising – almost like a stream of consciousness. Chénier bursts into full-throated lyricism (accompanied by translucent harp arpeggios and shadowed by solo clarinet) as he remembers how the earth seemed to caress him that day. The music reaches an ecstatic climax, with rich orchestral textures, as Chénier proclaims: ‘I love you who kiss me, divinely beautiful, my homeland!’

There is a moment of calm as to ecclesiastical woodwind chords Chénier describes how he went to church to pray. But suddenly the mood darkens. Chénier recalls the priest who adorned the altars but shunned the poor man begging for bread at the door. His vocal style abruptly changes: rapid fierce phrases, with dramatic pauses, are accompanied by string tremolos. The mood grows still darker: the brass enter the aria for the first time, with stabbing figures, and the agitated string tremolos continue as Chénier remembers his encounter with a workman who cursed both God and man for causing his poverty. All lyricism has vanished: Chénier’s voice rises to an anguished near-shout as he recalls the tears of the man’s children.

The mood shifts again, to melancholy. Accompanied by dark-toned woodwind chords and a throbbing string figure, Chénier asks sadly why the aristocracy ignore such misery. He appeals to Maddalena. The rhapsodic mood and warm major harmonies of the aria’s opening return as he tells Maddalena how her sympathetic eyes moved him when they first met. But melancholy minor harmonies return in the strings as he remembers the sting of Maddalena’s laughter. He gently chides her for mocking him, and warns her not to disparage love. The phrase that Chénier sang to declare his love for his country – which will return poignantly later in the opera – returns to close the aria as he effusively describes love as ‘the life and soul of the world’.

In just under seven minutes, Giordano tells us all about his hero: he is idealistic, impulsive and full of yearning for love. We long to know what will happen to him, and to his budding romance with Maddalena. It is a wonderful introduction to the charismatic poet who dominates Giordano’s operatic masterpiece.

The production is a co-production with the National Centre for the Performing Arts, Beijing, and San Francisco Opera, and is given with generous philanthropic support from Mrs Aline Foriel-Destezet, Mrs Susan A. Olde OBE, Simon and Virginia Robertson, Spindrift Al Swaidi, Mercedes T. Bass and Mrs Trevor Swete.