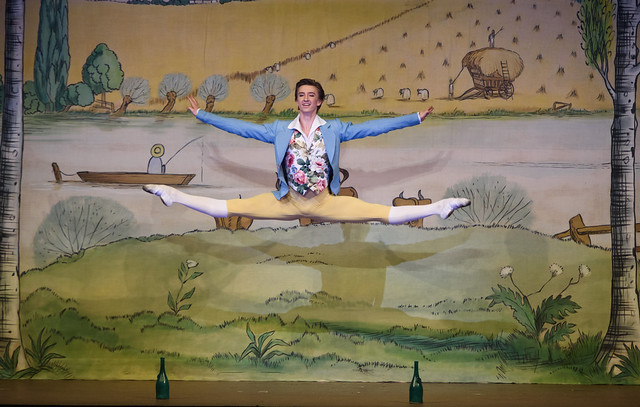 In the field of human (and indeed, artistic) history, the period of the French Revolution isn't that long ago - a mere 226 years and a drop in the ocean in the grand scheme of things. It was in this time during the early modern era that the ballet La Fille mal gardée had its premiere just two weeks before the Storming of the Bastille on 1 July 1789. Two-and-a-quarter centuries on, the ballet occupies a unique position: it is the oldest ballet still regularly performed today. The repertory and canon of other art forms including opera, theatre and literature still draw upon far older works, but in ballet, works of La Fille mal gardée's age are as rare as hens' (or should that be chickens'?) teeth.

That said, there's a proviso – it’s not really the same ballet. In fact, that 1789 premiere by the impetuous French choreographer Jean Dauberval had neither the same choreography nor the same music as the version The Royal Ballet performs today, created by Frederick Ashton in 1960. What’s more, between Ashton and Dauberval there lie literally hundreds of different productions of La Fille mal gardée, using different steps and different scores. Some of them don’t even have the same title!

There is just one thing that draws together all these wayward daughters: the story. It’s quite a remarkable thing, given that at Dauberval’s time it was most common for ballet and storytelling to be separated, with mime being used to move along the story in between the narrative-free dances. Dauberval’s genius was for finding stories that were perfect for dance. The hundreds of Filles mal gardées are evidence of his success.

Dauberval himself called the work Le Ballet de la paille, ou Il n’est qu’un pas du mal au bien (The Ballet of Straw, or It’s Nothing More than a Step from Bad to Good). Its success came none too soon – he was persona non grata in Bordeaux, the city of the premiere, having had the Bordeaux-born dancer Peicam exiled after a dispute about whether he could dance in Dauberval’s ballets. Le Ballet de la paille successfully ingratiated Dauberval and his wife Madame Théodore, who created the role of Lise, back into the people’s hearts. 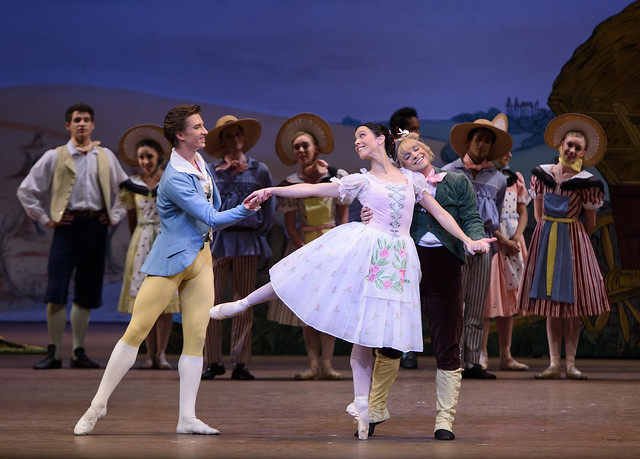 The production picked up the Fille title in a revival of the Dauberval in 1791 in London, this time with some contributions from Charles-Louis Didelot, who danced Colas opposite Théodore. Over the next decade, new choreographers made their own productions all over Europe: in Venice, Naples, Lyon, Marseille and Moscow. The first Paris performance came in 1803, in a production by Eugène Hus, and it was from this scenario (which still credited Dauberval) that Ashton drew his own synopsis.

La Fille mal gardée has been performed continuously in Russia (as Vain Precautions) since 1800, throughout the country’s emergence as the world centre of ballet in the 19th century. The most significant Russian version in modern-day terms is the 1885 production by those masters of classical ballet, Marius Petipa and Lev Ivanov. Their ballet formed the basis for numerous 20th-century productions around the world, including a 1912 London production by Anna Pavlova, and Bronislava Nijinska’s 1940 production for American Ballet Theatre.

Russian dancer Tamara Karsavina was thinking of the Petipa Ivanov version when she suggested that Ashton create his own Fille. He drew on some of her knowledge but added in much that was distinctively English: the maypole dance came from The Royal Ballet School’s folkdance curriculum, and Ashton worked with his Widow Simone Stanley Holden to create an authentically Lancastrian clog dance. Ashton took the ribbon motif (which had been part of the ballet at least since 1803) to fantastic levels, drawing on 19th-century prints of ribbon work.

The result is quintessential Ashton. But even Ashton’s Fille is just one sister in a large family, which owes its existence to Dauberval and his genius for storytelling.